We met at Woodhenge at 7pm on a chill night, with the night sky partly clouded but stars still visible. Danny had planispheres which you rotate so they show what the night sky will look like at any time of the year, so we looked at them in the bus headlights.  Back in the Richmond Fellowship bus to Larkhill, and then in the dark we walked to the east end of the Cursus. Tim explained the mystery of the sun rising and setting, then rising again back in the east, and how it was explained by the idea that the sun travelled beneath the disc of the earth in the waters beneath. We looked at an image of the Nebra Sky Disc, discovered in Switzerland in 2002, a bronze age description of the night sky. It was found with twin daggers, and there are stories of twins which reflect star twins in the sky and twins accompanying the sun on its underwater journey.

Danny used a laser pointer to show the Pleiades, visible as a loose cluster of stars, and we were a loose cluster of people, wondering how they would have looked more than five thousand years ago. Tim’s ipad was loaded with a astronomical map of the sky as it would have been in 3500 BC, when the Cursus was in use. We couldnt use the big telescope Danny had brought as it was too cloudy.

On one horizon the A303 was a ribbon of white and red light. Someone said it looked like the movement of blood around the body, and you could hear it well. Tim pointed out the distant cleft in the wood, which was 3km away and marked the end of the Cursus. People didn’t stop here and there is little archaeology, they moved from one end of the Cursus to the other, processing.

Then we walked, in the darkness, as the cloud cover grew denser and the stars were less evident. We could not see the milky way, and the air was colder. We gathered at a point before returning, back up the Cursus and then into the bus, back to Woodhenge – and off. 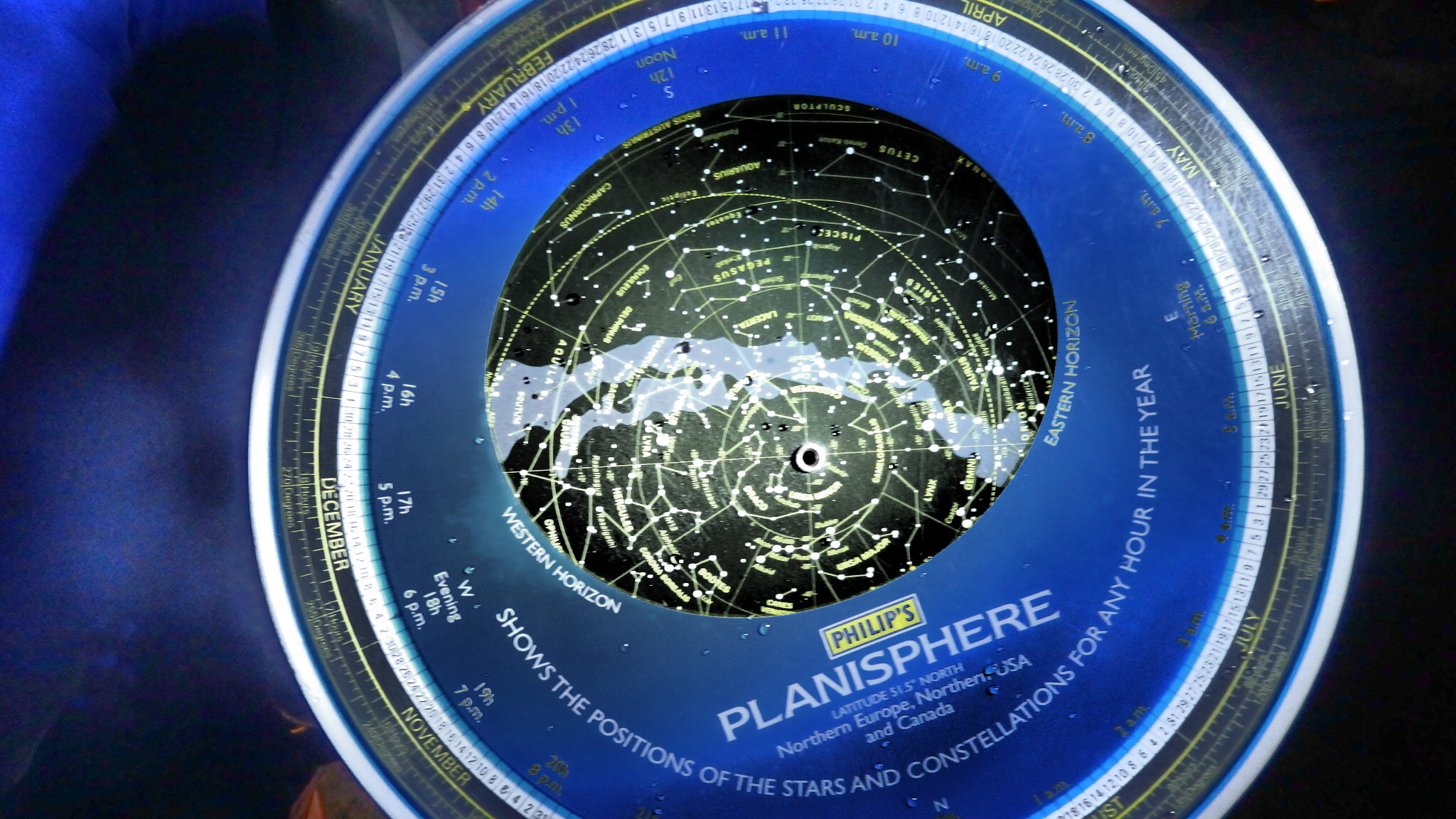 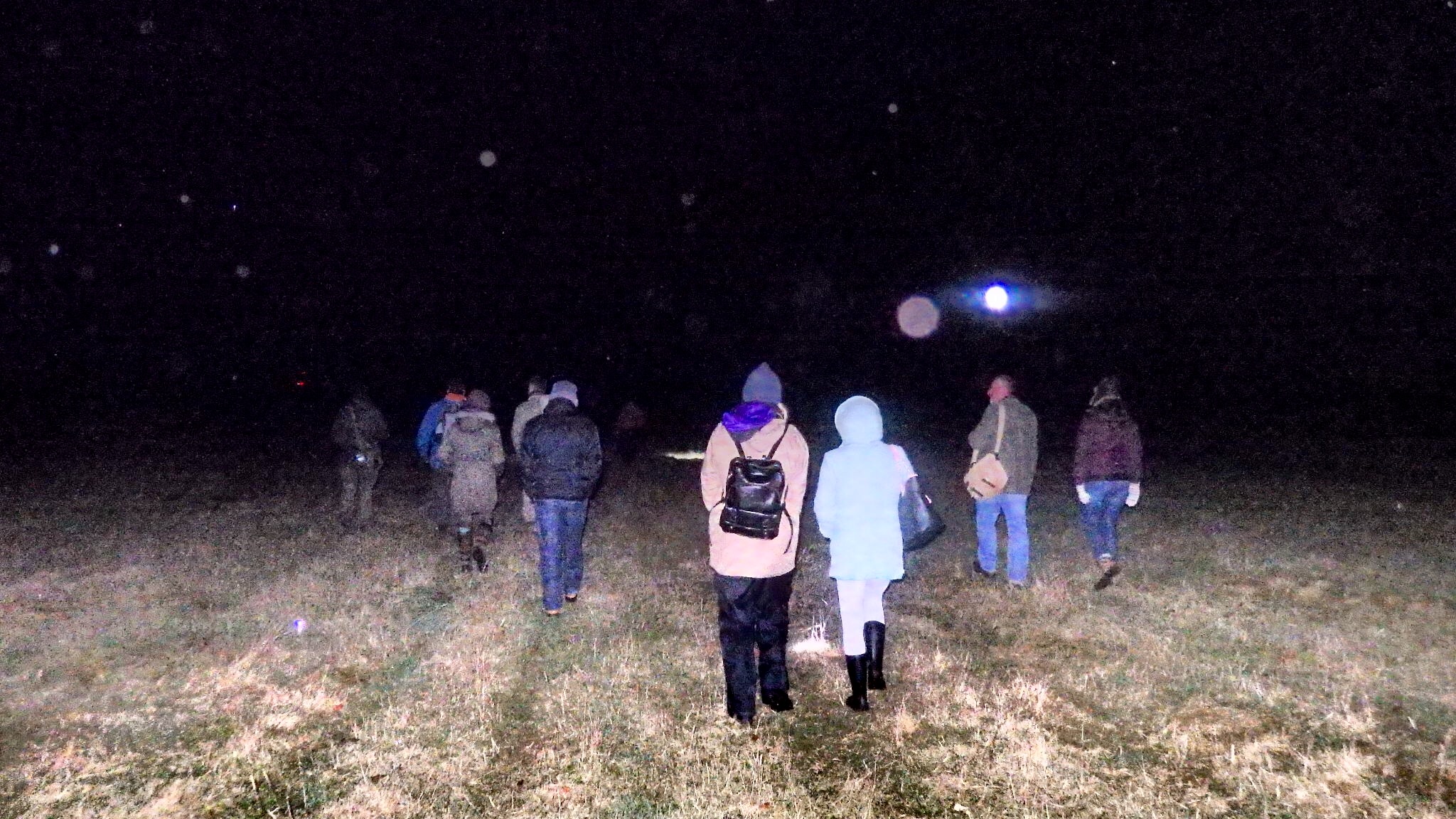 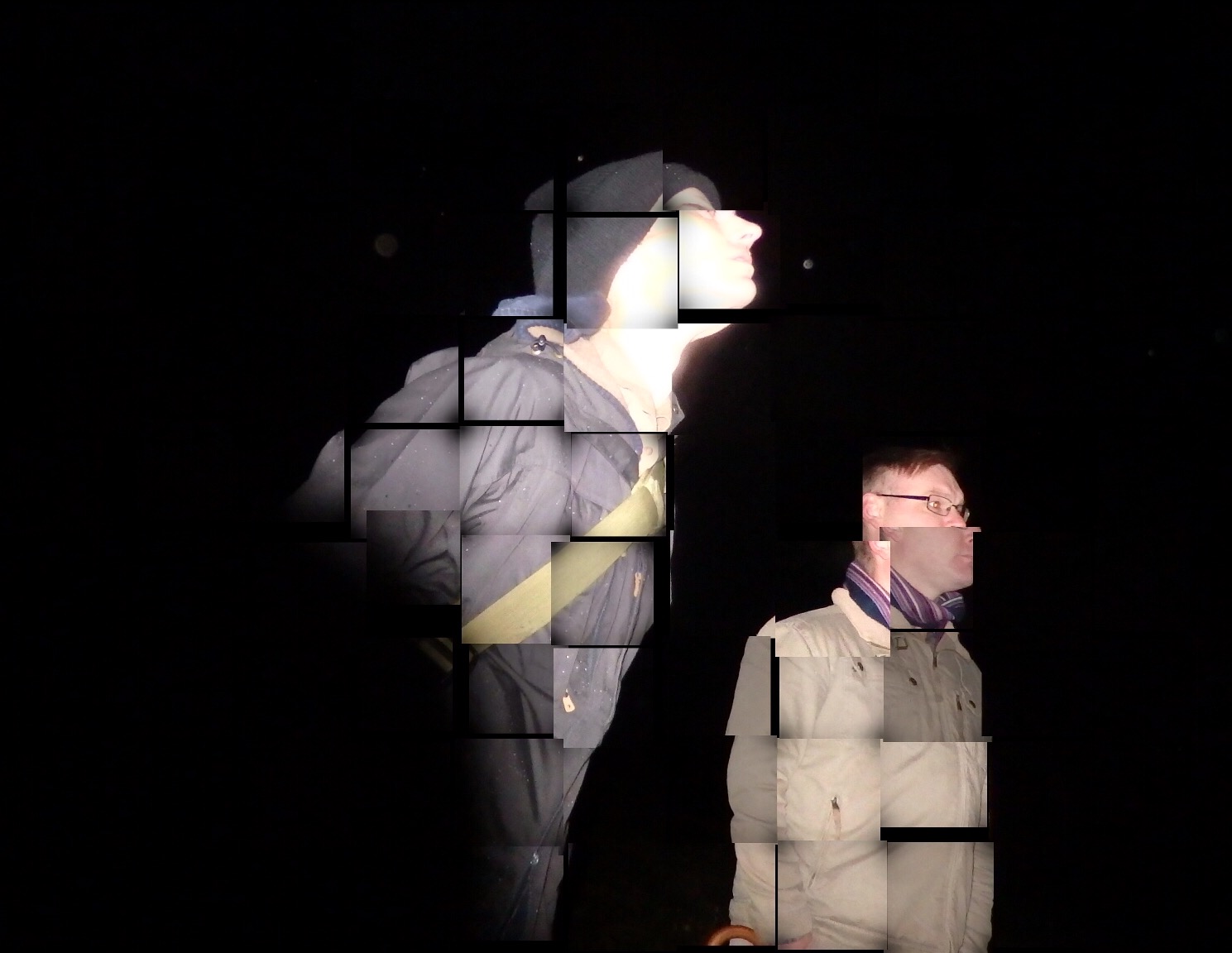