We sang in woods and rain

I was running a bit late so by the time we got there everyone was seated with a coffee and the session had started. Luckily we had not missed much apart from the piggy pig dogs song.

I grabbed a seat and “C” made me a coffee – black no sugar! There was a quick update of what we would be doing.

Ben from the Richmond Fellowship had brought in some flint tools and began to explain the process of how the tools where used and made. He started off with a bit of flint that tools had been made from. He explained the percussion marks and how to tell if a bit had tools made from it or had just crashed against other stones.

We were shown examples of Stone Age knifes and told how they were used. We were reminded that we were going to places where humans inhabited only used stone tools. A place where archaeology can make guesses and assumptions because any organic items would have broken down over time so there is no true evidence. We meditated on the idea of a world where the only tools people had were stone and any others could only be imagined as now they were lost to history and the earth.

Then we were off to Fargo Woods, do you remember Fargo woods from last week [3,2,1 Cursus] and yes it was still a mission, with the added joys of cold winds and rain. I did question my sanity as l looked up the long road, but it just laughed at me and went for a coffee as I started my hike. 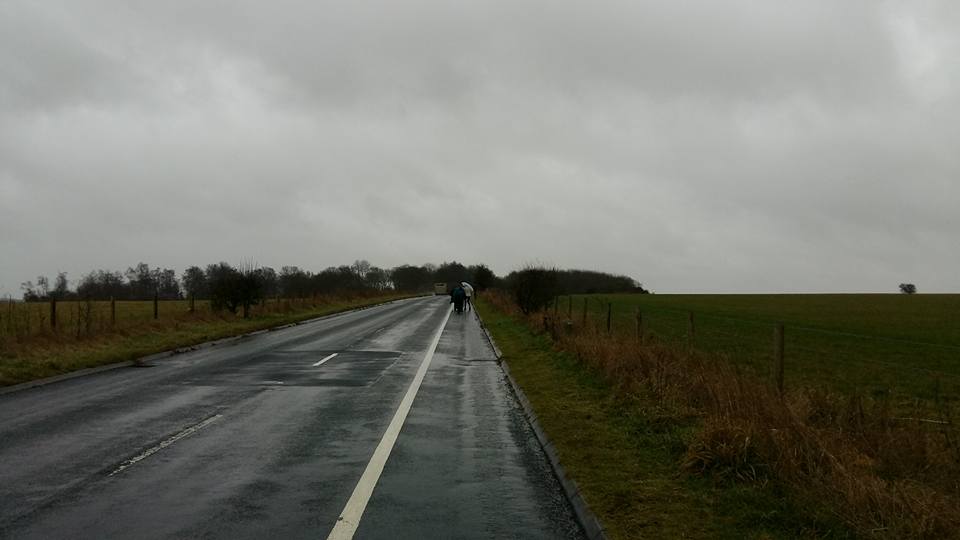 The wind whipped from the front and right and with the uphill incline it did make the journey a bit of a struggle but I finally got there. We stepped off of the tarmac road and into a leaf-covered woodland, the wet soft ground insured you focused on where you stepped.

I have not mentioned the umbrellas yet, but someone had brought some, good thing because it was raining but they were bright and highly patterned. I not saying they were ugly but… 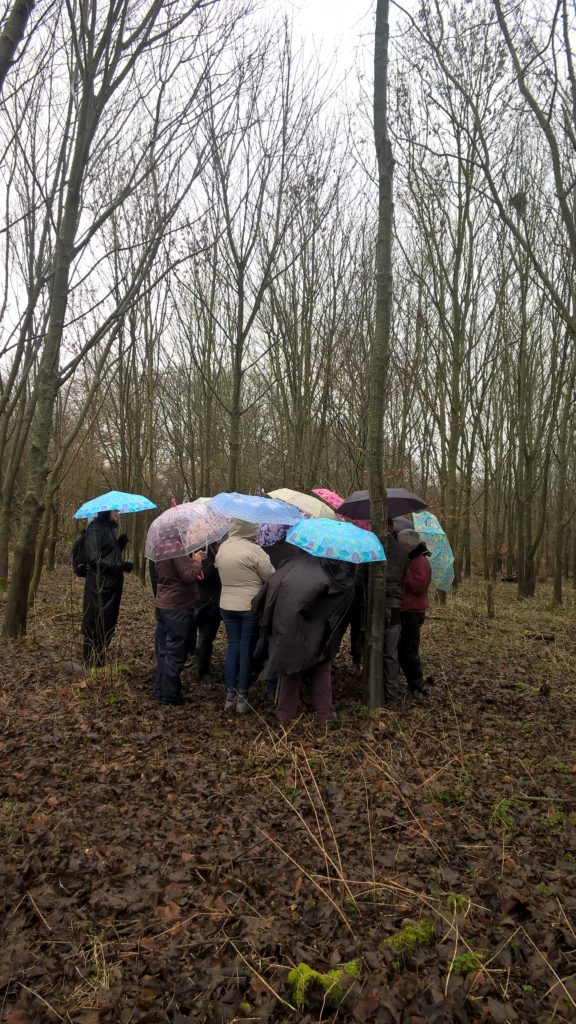 We came together in to a small circle linking those ugly umbrellas into a faux roof. Trapped in the dry space Yvette decided it was time to sing and taught us a new song, “Now all the woods are waking” and had us sing it in rounds :-

Now all the woods are waking

The sun is riding high

Wake up love, get up love

Before the dew is dry

Funnily this was the best part of the day for me standing in the woods voices in almost perfect harmony my thoughts drifting to the trees, the bulbs getting ready to burst in to spring and the story of Persephone, returning to her mother Demeter whose madness would depart, and the icy grip of winter would have no hold on the earth and life would return.

We then spent some time looking at the trees and trying to identify them forming in to smaller groups for chats and discussions after a while it was time to return back to the learning centre. 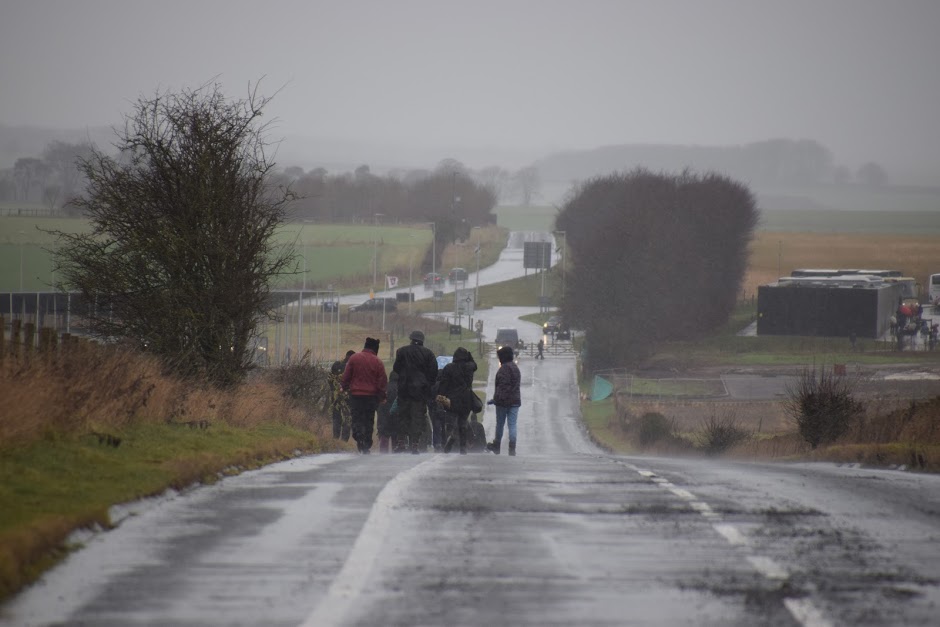 The walk back should be much easier as it was downhill. Well it would have been if it were not for the blustering cold wind and very fine rain. I had that ugly umbrella raised like a shield defending my left side from the onslaught but I was getting wetter by the second, but with determination I marched back to the learning centre.

Finally back at the learning centre I was half soaked my left foot is so wet I was starting to wonder about trench foot. But now it was time for coffee and biscuits and discussions and question selection for next weeks guest. Luckily a few members of the group are very knowledgeable about the local area and its history so I am looking forward to hearing the answers myself. Then sadly it was time to leave – so till next week then

[1] The great photographer also known as “The chauffeur!”

About Author; I have Borderline Personality Disorder and as a writer and poet I explore my madness through the creative arts. I have a personal belief that even in darkness light exists and it is a personal responsibility to always seek the light and I find the light in creating something.