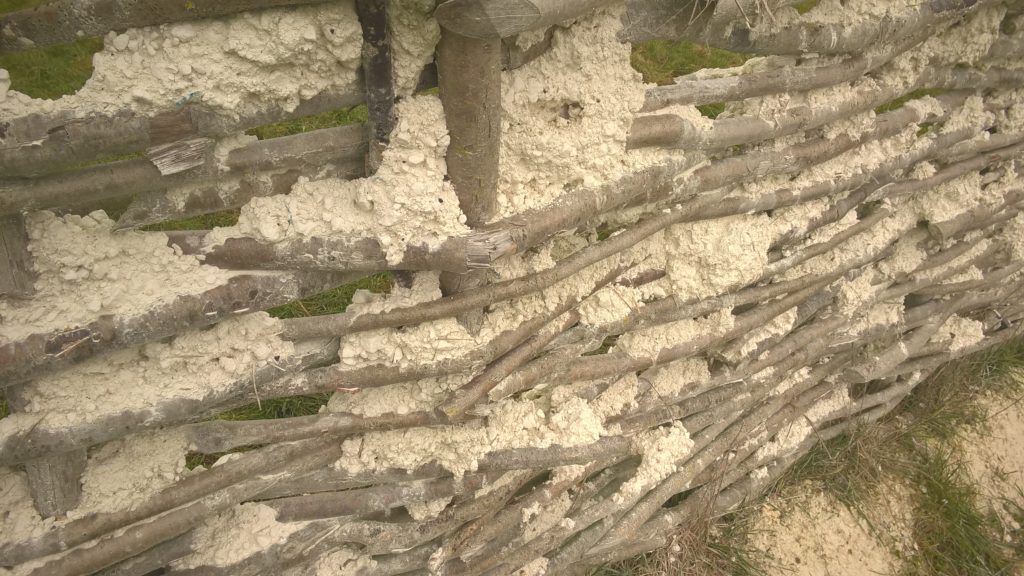 After leaving the huts we started off across the field luckily it was not to far we stopped at three fences, one build of wood, one with daub and one just begun. Again we were split into two teams this time groups of three.

Although I doubt that the Neolithic builder had to face health and safety on how to hold a stick and yes there is a right way! And no its not don’t hold the stick by the sticky end.

So we were about to start three people holding one stick one at the end covering the sharp end, one in the middle and one at the end. We then had to weave the stick between the uprights, and then push it down with FLAT!!! Hands, then stand on it to push it firmly down.

We competed as teams which as great fun and of course my team was the best it had me (ego much LOL). But being serious it was amazing how quick the walls where built. In a few days you could have a habitable home (see video on Two bed with a thatched roof).

We then moved on to the daub, which was made from chalk (Calcium carbonate CaCO3) mixed with straw and water. We then put on cold wet gloves (found out on way home the reason why they were wet it was group one they washed them after use) but still we grabbed a handful of the daub and smooshed it between the sticks and smoothed off. 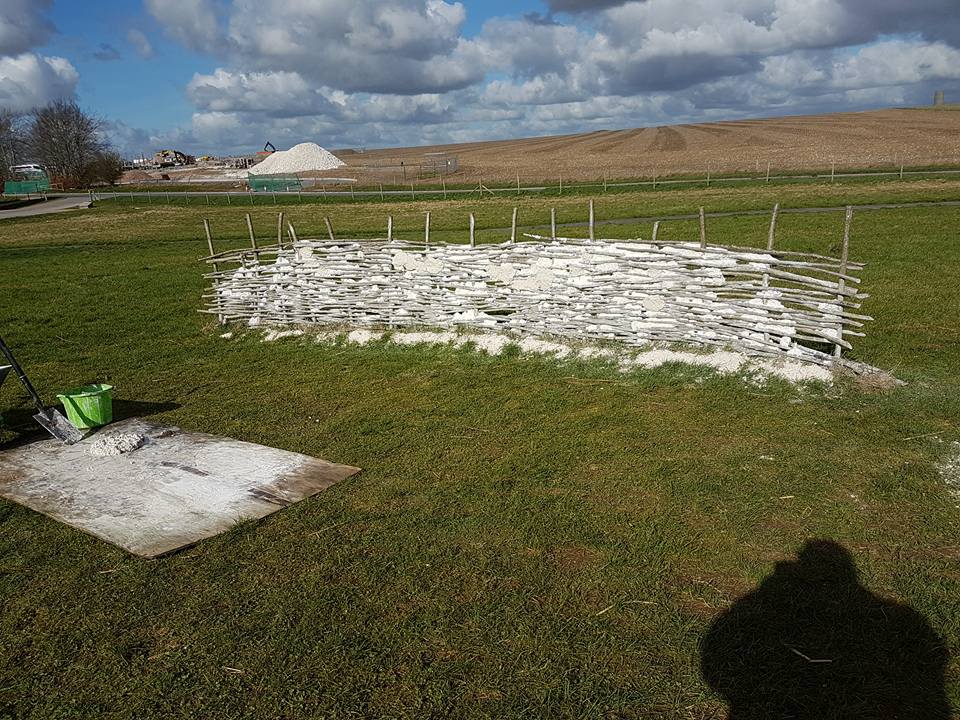 The funny thing is these techniques are still used today not just for building mud huts, but for stylish garden fencing, fashionable leather work and even in modern architectural buildings. Which goes to prove while everything changes some things will remain the same.

So as this very informative session come to an end we return to the education centre for a coffee and debrief.