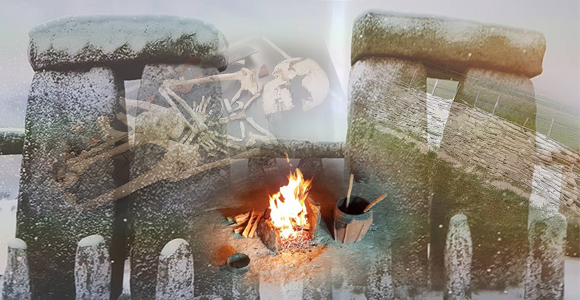 This week there seemed to be a lot more people at the education centre than in previous weeks. That could have something to do with the three experts who where going to show us around the Stonehenge exhibition and the Neolithic huts.

We walked in to the exhibition centre and into a circular room with video screens. The video playing was a history of the henge as if film from the centre of the henge. As the film played our guide pointed out the solar positions at the solstices and other poignant facts. 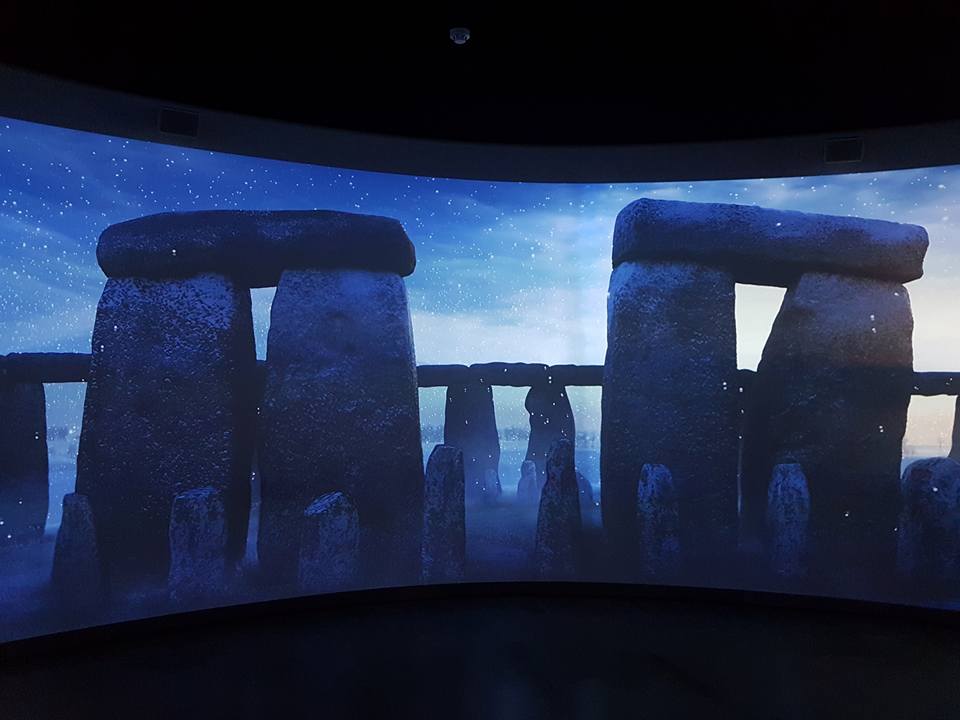 I probably missed so much information from our guide as I was transfixed at the sense of being inside the stone circle the 360-degree views being interrupted by people moving around only added to the atmosphere.

We then moved into the main hall and our guide showed us around and gave talks on the exhibits – again I probably missed loads well! -There were bones and arrows and I was like a kid in a candy store. 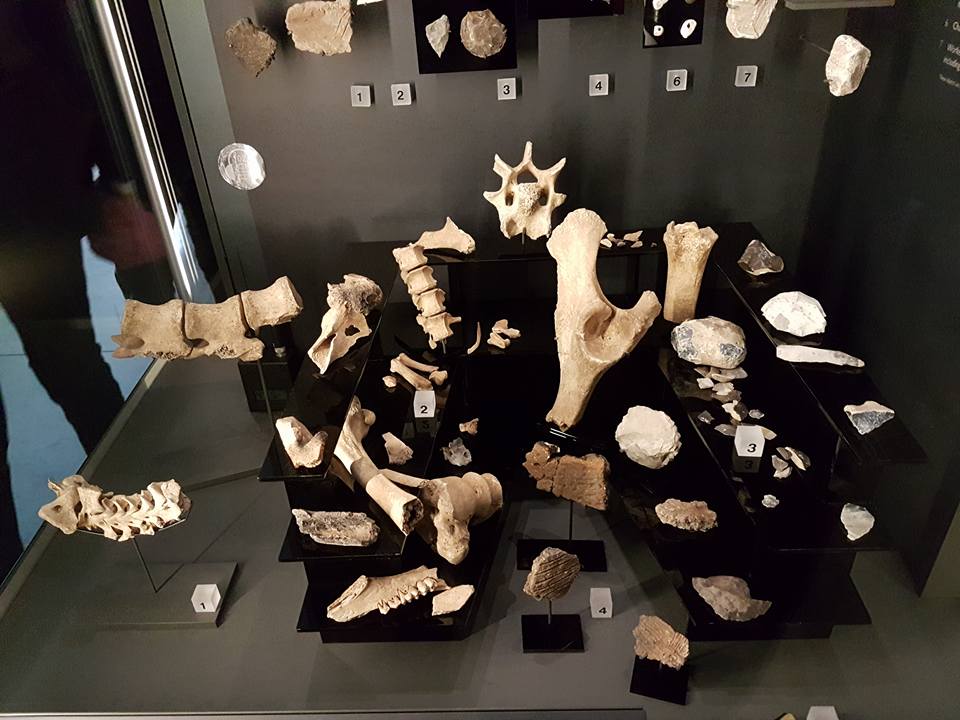 I did have a giggle to myself as tourists attached themselves to our group ear wigging to the guides information, as we moved off to a corner to discuss pottery several came with.

A large replica pot was brought out for us to hold and examine, the guide along with Yvette informed us of the contents and possible uses and how they where made several of the tourist had moved on but the woman next to me whose friend was bored and was badgering her to move on turn to her friend in almost perfect English said “I am not going nowhere till I touch the pot” I nearly choked.

Yes she did get to touch the pot and I am sure it made her day because she left smiling like the Cheshire cat. We then made our way to replica Neolithic hut where we where split into to groups.

One group went to the huts while the others went to build walls.