Blog, photos and artwork by Mel 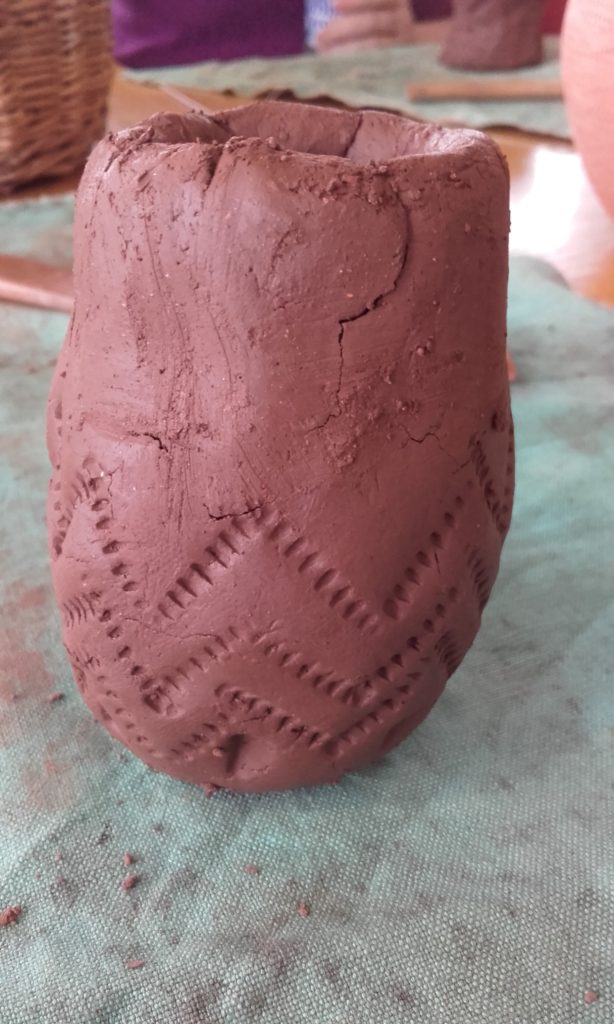 Hi this week we were inside for most of our time. We met a lady from the National Trust.
Apparently they only have one ranger for the whole of Stonehenge so they are always looking for volunteers we may get an opportunity to meet him next week. We also met a lady who is part of the Restoration Trust they are part of the project that we are involved with.   We met a gentleman today who took us down the road of the Neolithic. Also the person who would use the forge. He probably wouldn’t have done the menial tasks and he would keep his skills secret. They would use clay to make pots and when it was put on a very high heat, copper would dribble down the sides. They then used it for making  jewellery, knives, swords, etc. 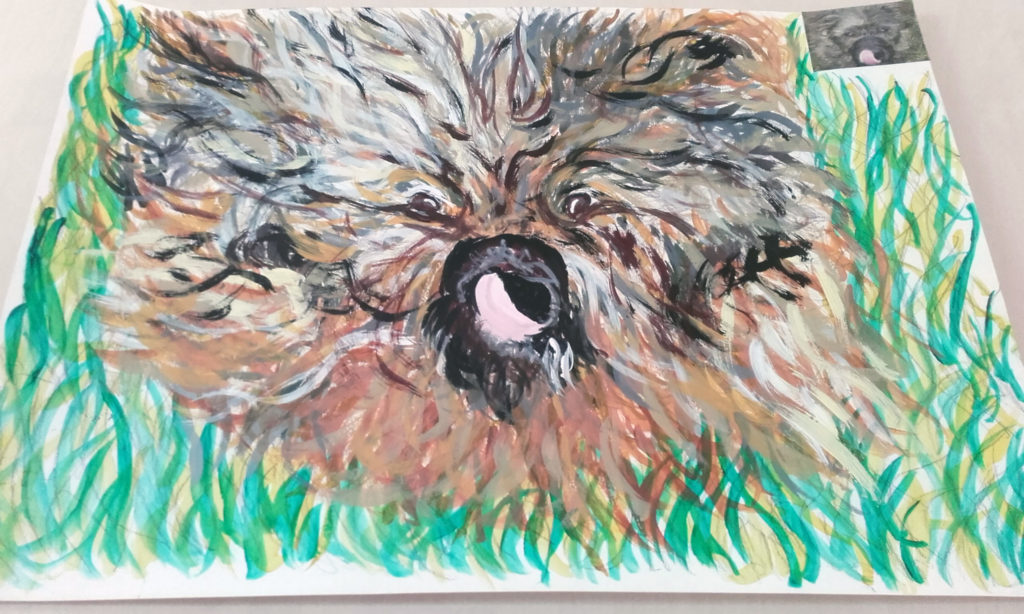 Then for the fun part. We were able to try our hand at making pots like they would have made all those years ago. It was quite difficult as the clay cracked quite easy. We used no water and you had to be really gentle as the pot would crack a bit and you would just smooth the clay over. Then we used replica tools to put on decoration. It was a lot harder than we thought. We all managed to produce something. Not sure mine would have won any prizes.

After, we went outside, past the visitors centre and huts from last week. The gentleman had put up a tent. He used a big pot which had a type of face on it. He then used two bellows which were what a person would have used to keep the fire going. He was then able to put three pots at a time in the fire. They would need to be dried inside and out  which he said would probably take him till approx five o’clock and he started about a quarter to one. He could only do three small pots at a time. He was also dressed as they would have been all those years ago.

It was an interesting morning with a lot of fun and singing. 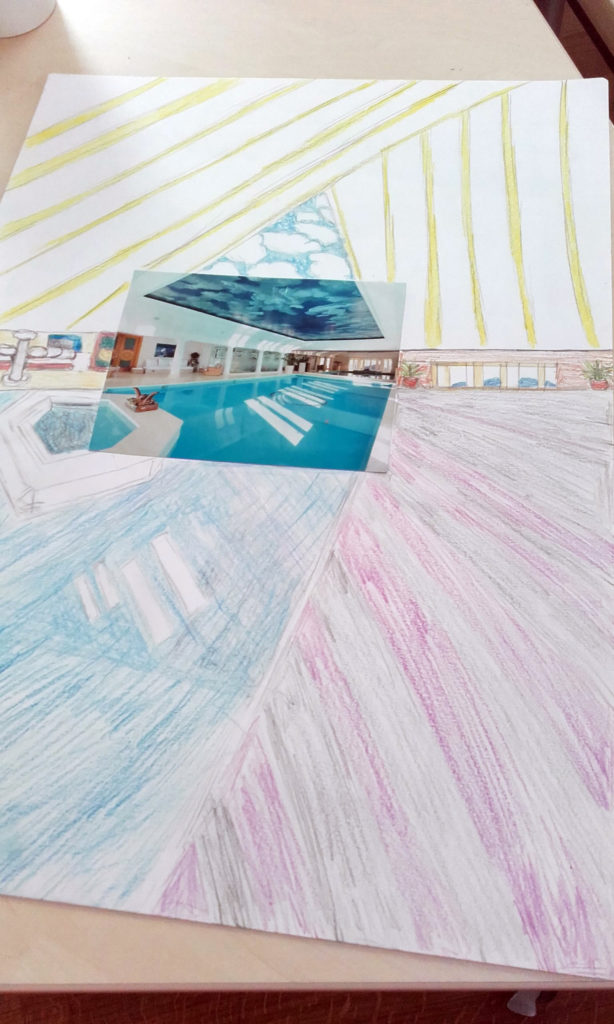