This week’s session was quite a unique experience indeed, as we explored a nocturnal Avebury…

On arriving at Avebury, it was already cold and dark. We assembled in the public village carpark, especially eager for this week’s offerings. I personally, have never been around the stones at night, so I was glad of the opportunity and was looking forward to the experience. Above me, framed by eerie silhouetted branches, grey and misty clouds pushed through the cold night sky occasionally giving up an ephemeral, mystical treasure, the glowing crescent moon. We got clad in our cold weather apparel, had a brief catch up and chat before setting off. People appeared energised by the exciting and somewhat unknown adventure that lay ahead. With torches, head lights and phones at the ready, we made our way out towards the stones.

We traversed the south west sector of the henge, crossed the main road and entered the south east sector. Mist was starting to creep in all around us and the cold air was trying to bite. All of a sudden, out of the darkness ahead of me, appeared two huge grey figures. These figures stood sentry to a pathway yet trodden. Between them lay an invisible gateway, a portal, suggesting both start and ending.  Slowly, more grey figures appeared to my side, flanking me as I preceded through the night. 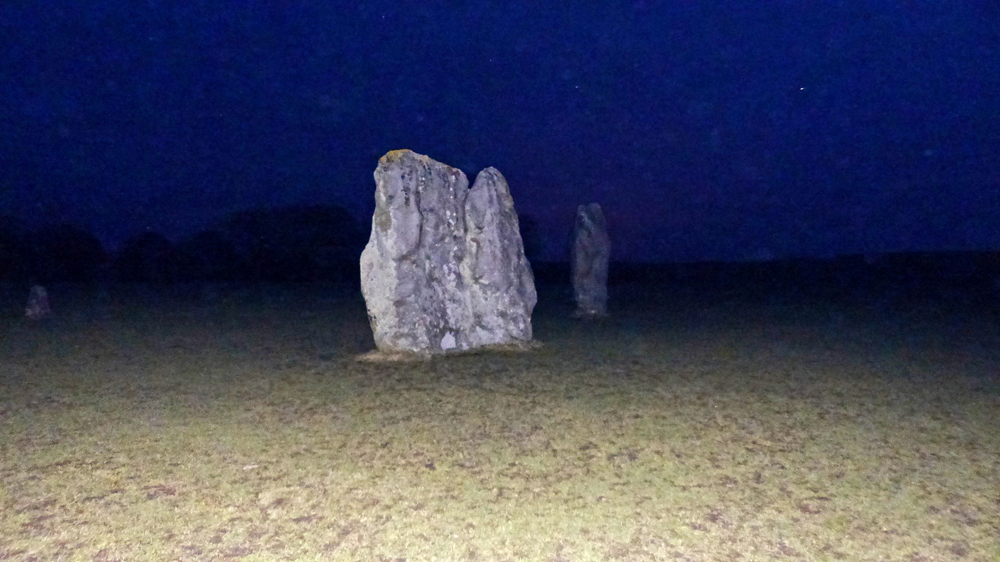 Each figure grabbed my attention, their sense of presence was extremely powerful. As I approached the ‘gateway’, the huge grey figures loomed above and either side of me. I couldn’t help but feel honoured yet humbly uninvited as I committed to this path.  The two huge entrance stones (no.s 1 & 98 – pictures below) mark the Southern entrance of the henge and the start of the ‘avenue’. Stone 98 is known as the ‘Devil’s Chair’. As the pathway winds and snakes down the edge of the hill you are greeted either side by animate forms. We were now all following the avenue of stones. 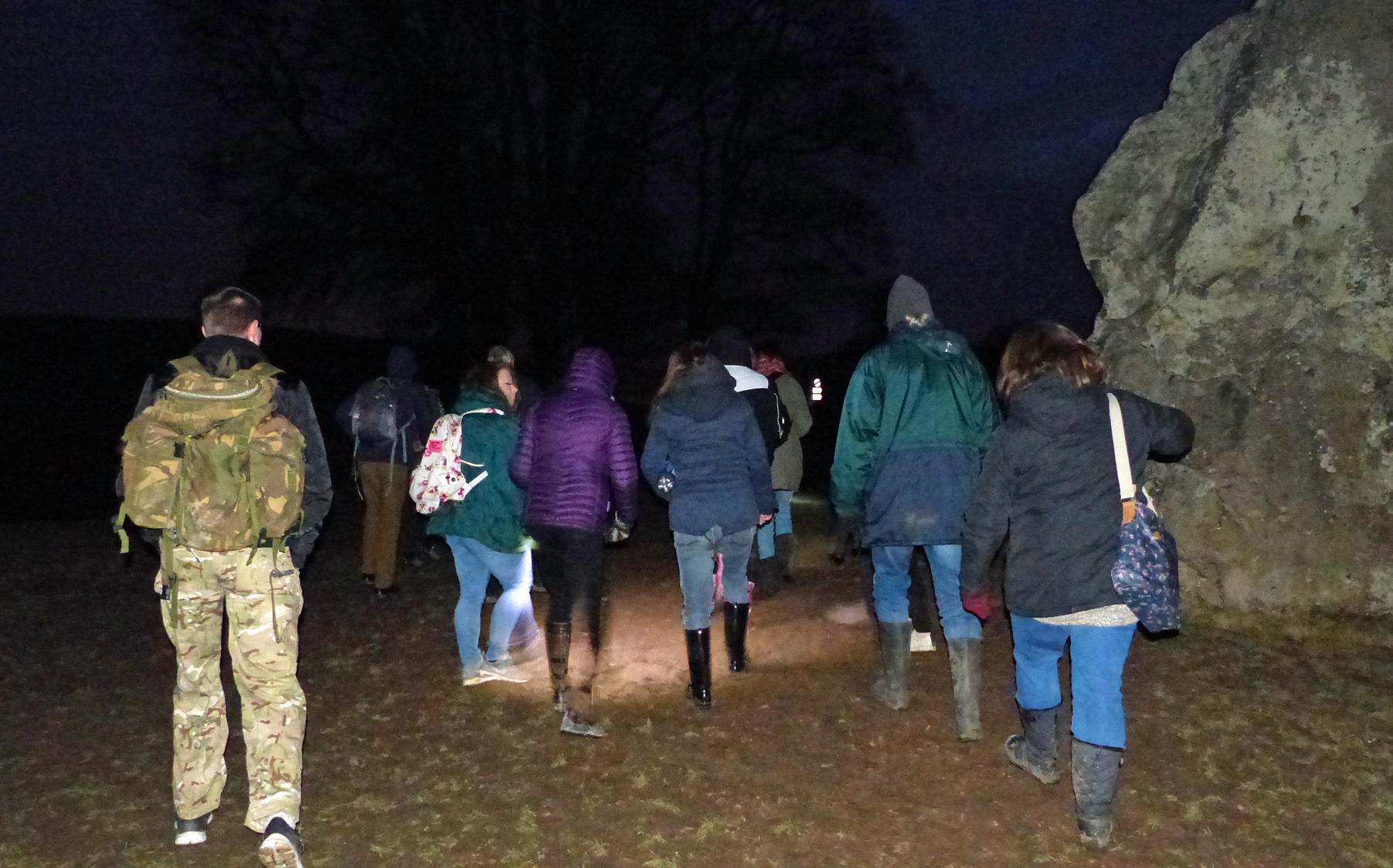 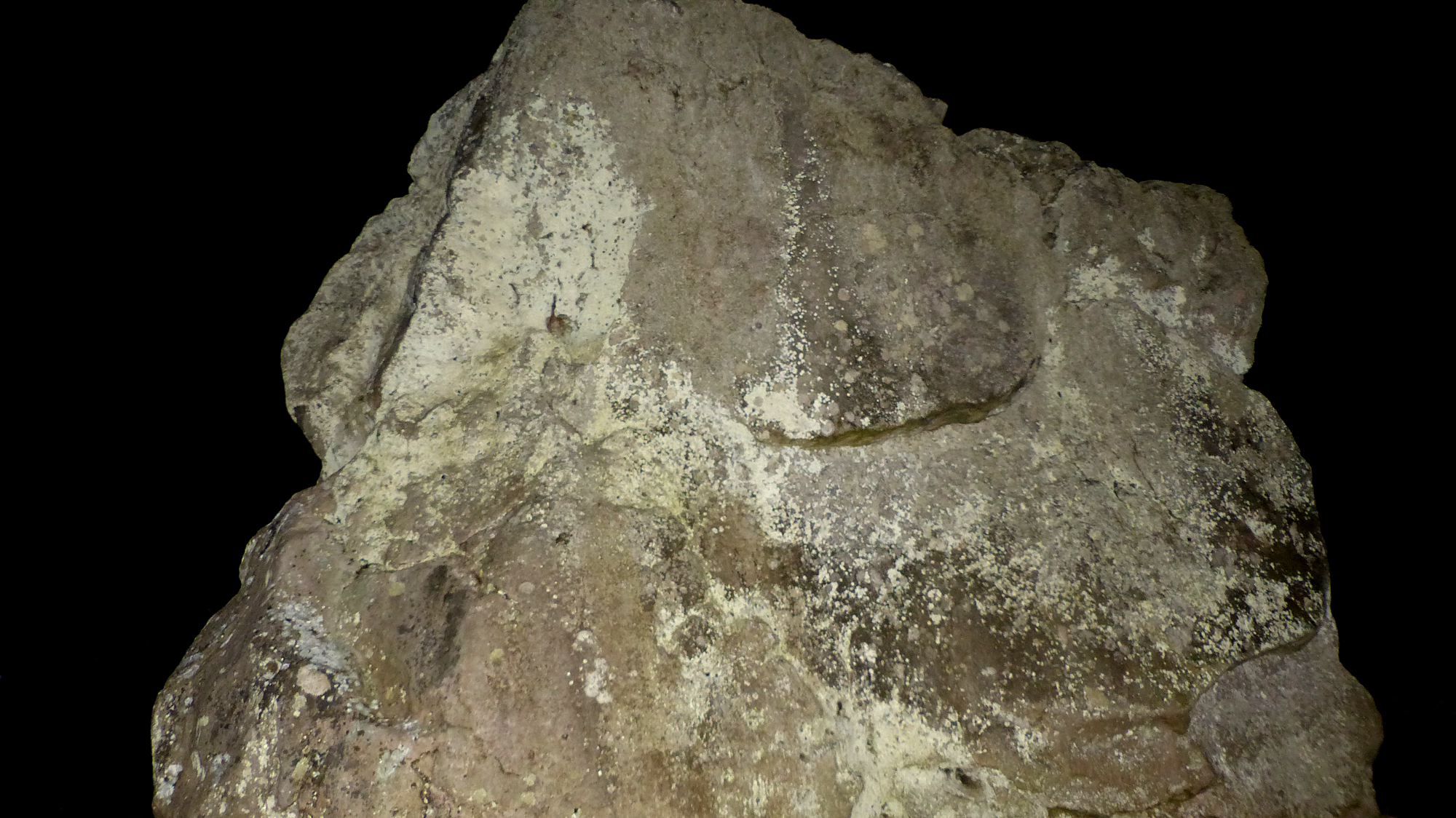 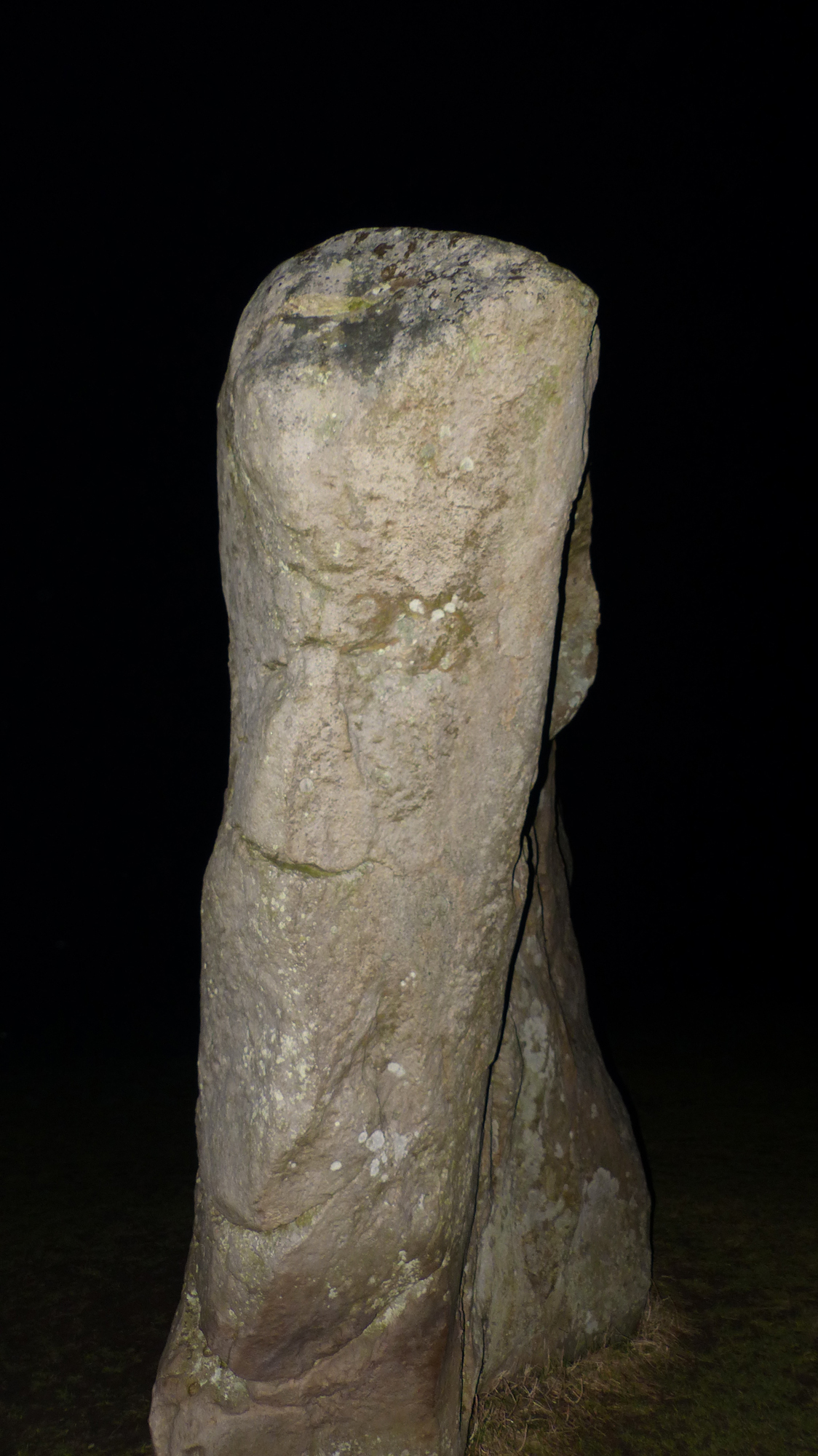 We stopped with Prof Tim Darvill at the top of West Kennet Avenue to talk about what the avenue might have represented for the early peoples. We tried to understand it through their eyes. We thought about its practical use and the possible symbolic meanings. What would the peoples have seen as they followed its winding path? Whether coming from the Sanctuary area or from the henge itself, there are many different and hidden perspectives as one travels its flowing length. Was the avenue used by many or just a select few? After contemplating these questions we preceded onwards.

More stones manifested out of the darkness, some of which were quite small; being the modern markers for where a stone would once have stood.  One theory proposed by Keiller & Piggott is that the avenue & henge stones can be separated into male and female anatomical forms. These stones are labelled (Type a) and (Type b) respectively. The typical comparative example being stones 13a & 13b as seen below. 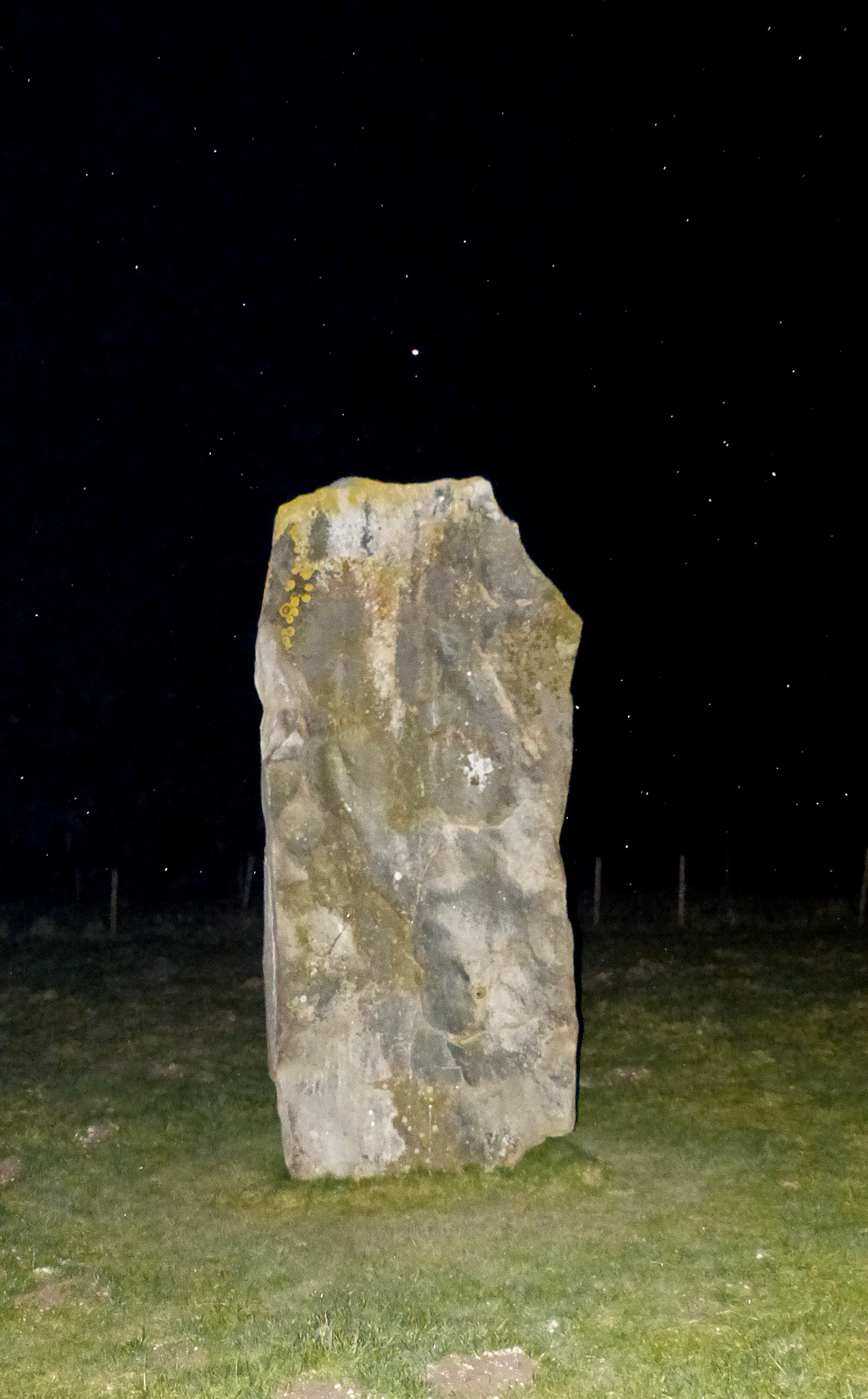 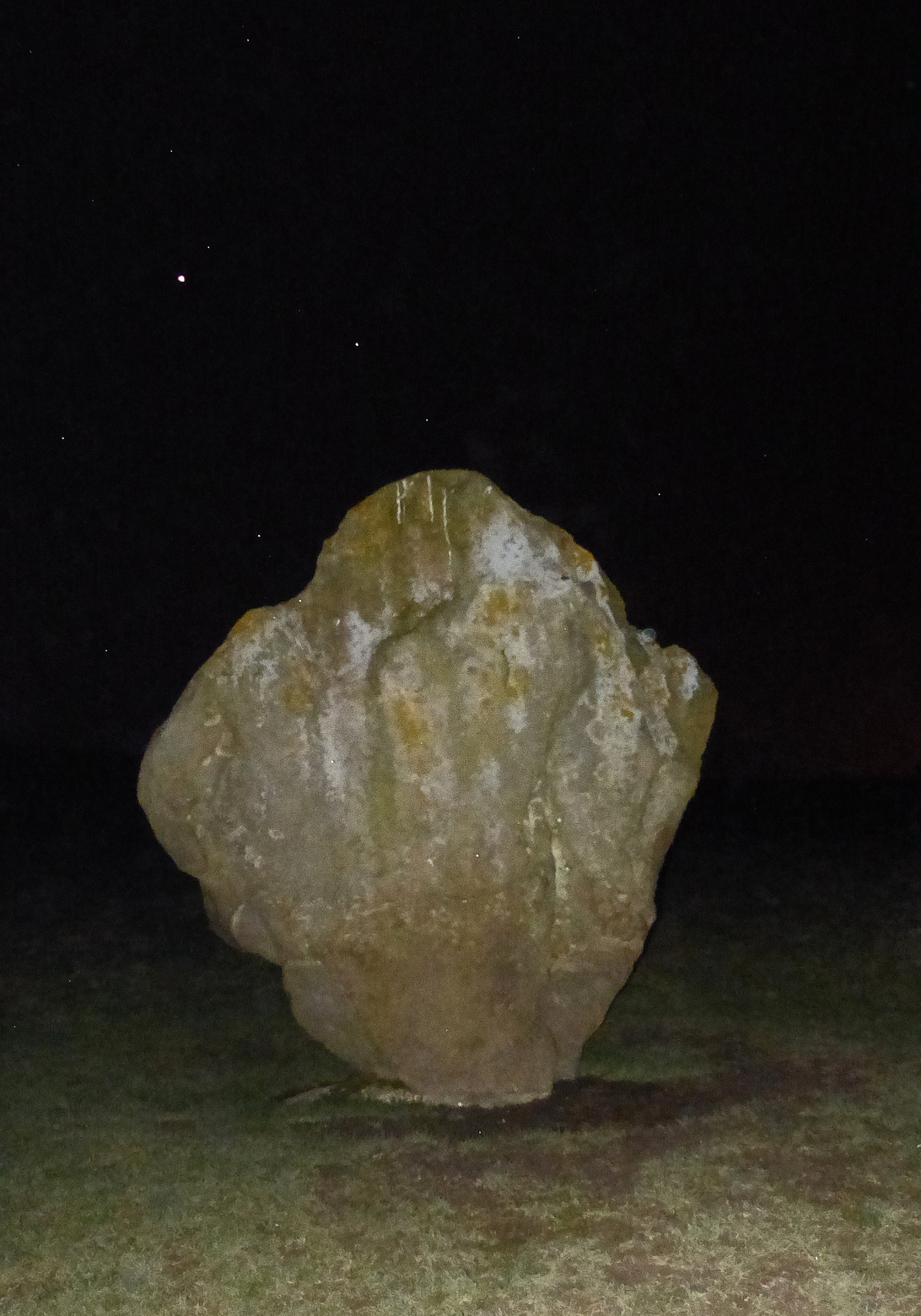 To my side, Waden Hill rose gently off to the right, hiding the western horizon. I stopped to touch one of the standing stones. Were the stones trying to speak to me? I tried to communicate with these sentient figures but I am as yet not fluent in the language. 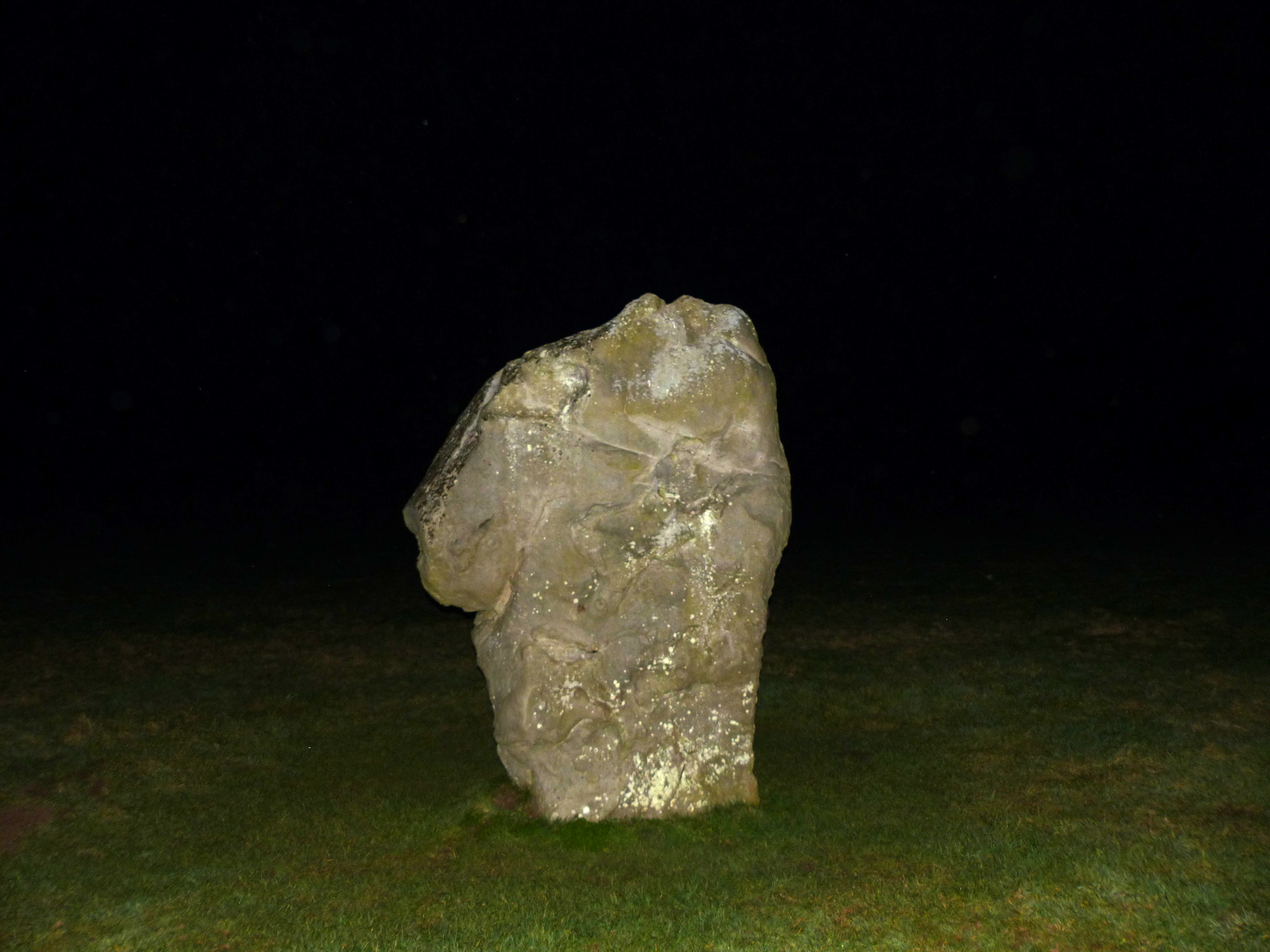 On reaching the end of the restored section of the avenue we talked about the connection between the Neolithic peoples and their monuments to the cosmos.

The Neolithic people had already built up a considerable astronomical knowledge base from earlier times. They were very familiar with the heavens, the sun, moon and stars. These Neolithic people had none of the distractions and visual entertainment of today. The day and night skies were their windows, their TV screens, their pages of a book and they would have spent much time observing them. They would have witnessed the movements of the celestial bodies, of the stars and the galactic plane. They also would have witnessed strange repeating occurrences such as eclipses. It was an ever moving story, of life and death, rebirth, symbolism, spirituality, the celestial sphere was their very guidance. The peoples would have planted and harvested by these cycles. They would have planned daily events and ceremonial activities in tune with the heavens. The celestial cycles help track the passage of time. Looking within Archaeoastronomy, the night sky inspired the building of the monuments. The monuments may have mirrored the night sky, “as above, so below”. The peoples of this time were looking for their identity within the great cosmos.

We gathered around an image of the impressive Bronze Age artefact, the Sky Disc of Nebra (see image below). The disc is understood to represent an astronomical clock, bringing together both solar and lunar calendars. The gold leafed highlights represent the sun, moon, stars (Pleiades) and an arc. The arc is interpreted by some as a sun boat (the sun would travel the waters of the underworld by boat every night re-emerging from the waters at dawn). We compared it to a modern planisphere that Danny was discussing. 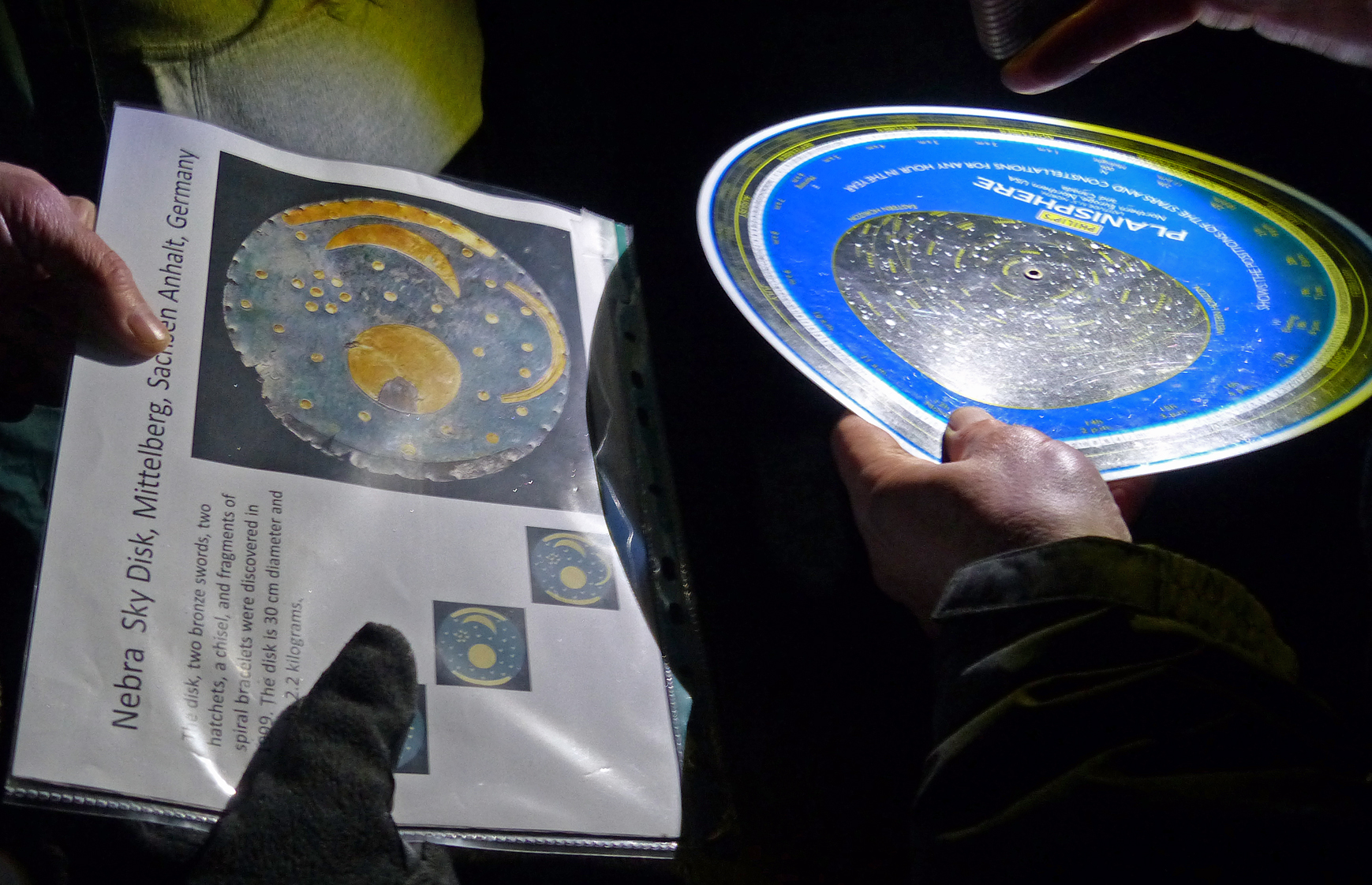 Luckily the cloud of earlier started to clear and the moon and stars revealed themselves. Another group member and I had brought telescopes, so we set these up so others could have a closer look at the night sky. We looked at the crescent moon and the shining Pleiades to peoples awe’s and wows. We also looked at the stars of Orion and the Orion nebula, the pole star Sirius, the constellations Gemini, Auriga, Taurus and also Ursa Major (aka the ‘plough’). 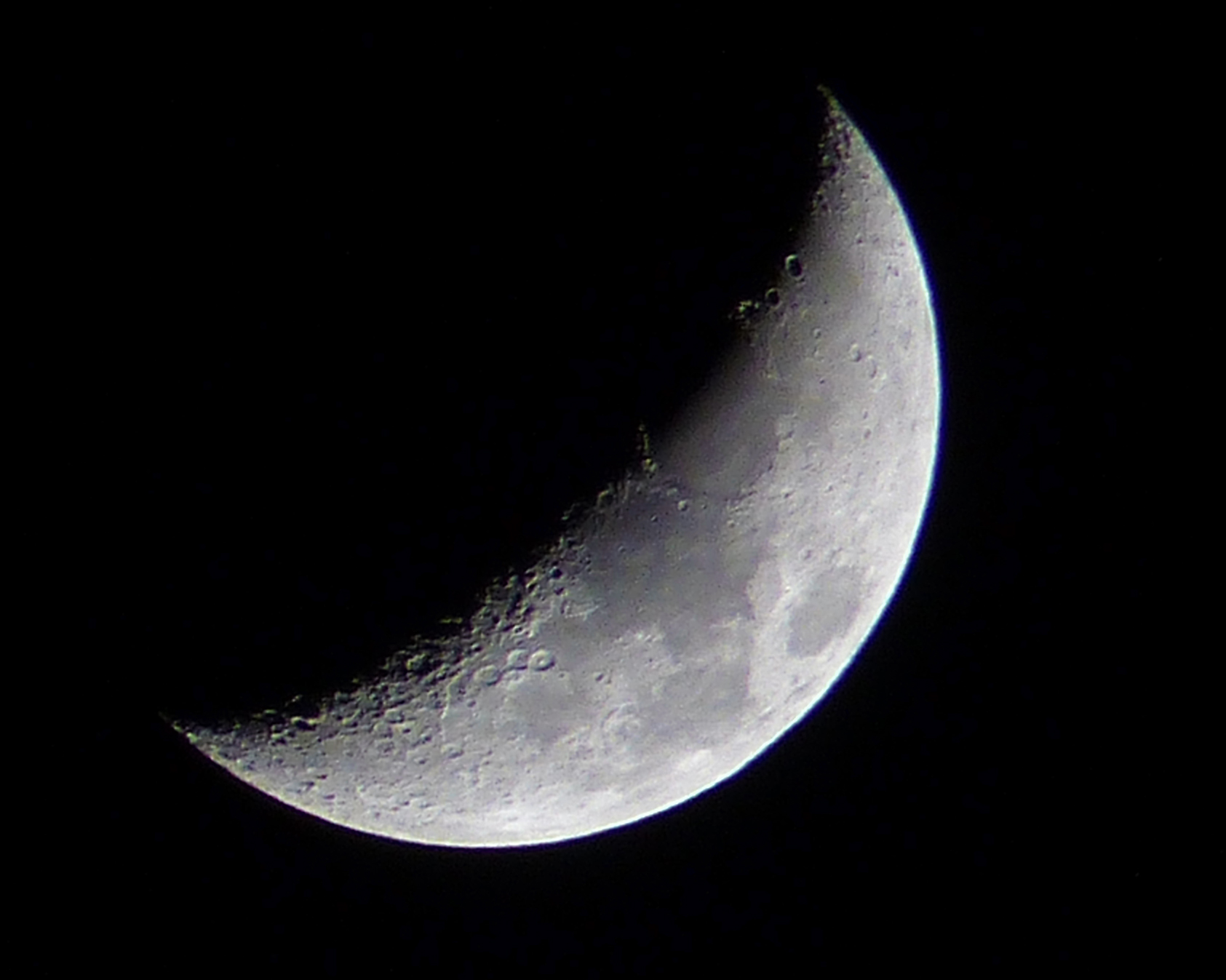 We ended the session walking back along the avenue toward the henge. Another person and I walked alone at the back. Being alone in the avenue, surrounded by grey figures and misty fields, shrouded by the starry night sky, the atmosphere felt heavy. I was being transported back in time to a place of unfamiliarity and yet, at the same time, feeling strangely familiar?

I looked up to the stars, the sky and the earth connected as one. I was being drawn in, into the briefest of glimpses of a cosmic plan. As I left the avenue behind, mist hung over the ground, the moon shone, stars twinkled, and all was still.