Well this was it folks, the final session, the culmination of the past 10 weeks of the Human Henge Project. And what a session it was!

With the alarm beeping, I awoke before my resident Blackbird (I got the worm) around 5:40am. Our session start time today was 7:30am, thus the early wakeup call. As I had my breakfast the sun started to illuminate the dawn sky with its brilliance. It was the sun that was to be the crux of today’s celebrations. Today would mark the astronomical first day of spring, a time of rebirth and new beginnings – the vernal equinox. However, no one had told the winter this fact and it still had a strong, icy grip on proceedings. Over the days, there had been more easterlies, bringing temperatures dropping with lots of snow. The ‘Beast from the East’ 2.0 had struck!

On arrival, Avebury was dressed in a picturesque white coating of snow. After all meeting in the gallery room for a chat, we walked over to the SW sector of the henge. Along the way, a few group members & staff couldn’t resist the appeal of the snow, and an all-out battle commenced. There were snow balls flying everywhere, with many near misses and a few direct hits. Suddenly, we had a man down! They had tripped over a large stone planter and ended up lying flat out on top of it squishing some of the sprouting bulbs! After recovery, the battle died down and we walked through the lovely village church yard. We arrived at a snow covered SW Sector of the henge, which was to be the start of the stone processional walk and equinox celebrations. 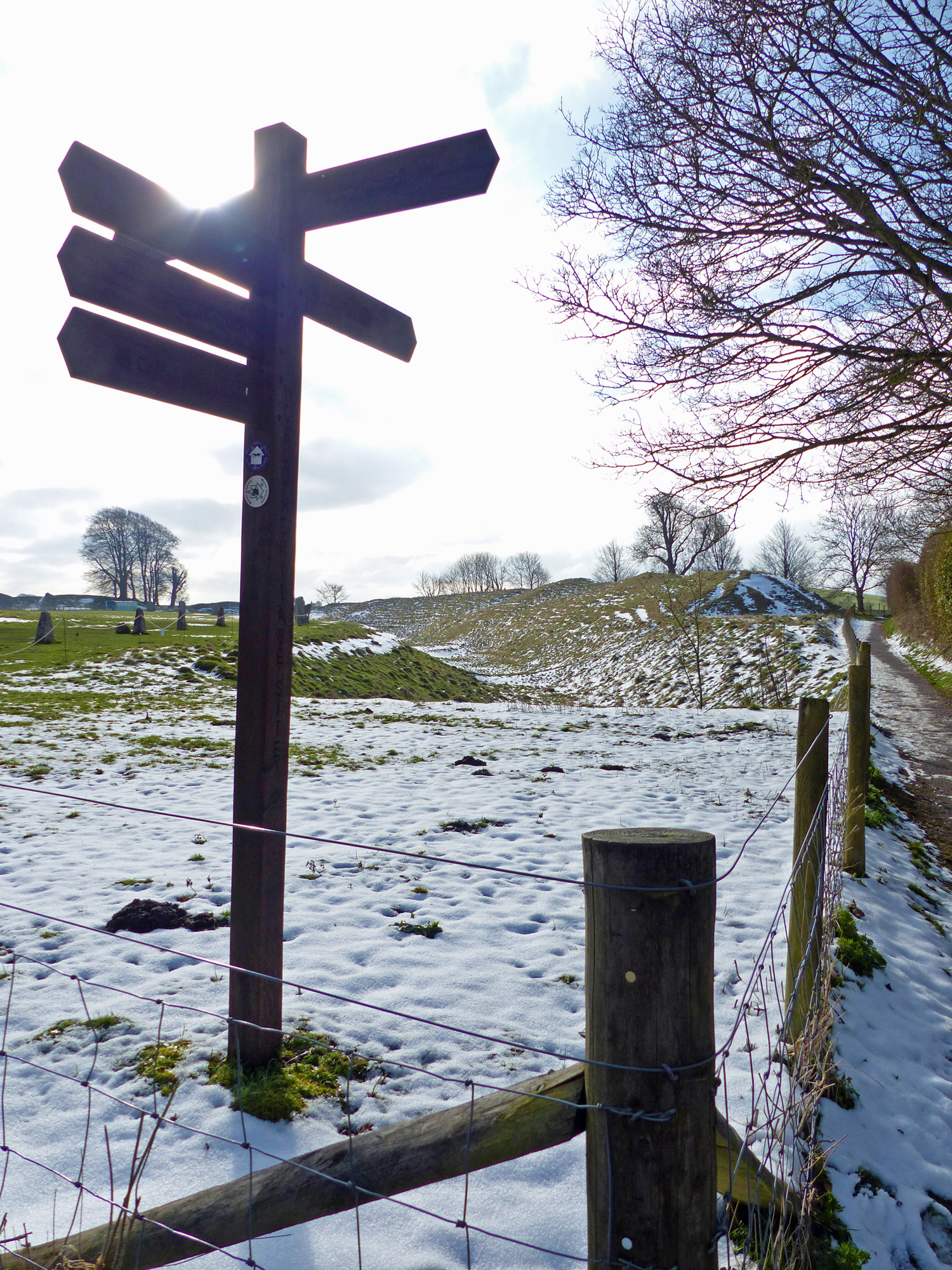 …I then realised I had forgot my walking boots! So I had to walk all the way back to the gallery room to pick them up.  Whilst I was gone, there was a brief talk by Prof Tim Darvill about the amphitheatre like nature of the henge and the symbolistic idea of the inner world being the henge and the outer world being beyond the embankment.  The group then started the equinox celebrations with a spiralling dance around the first stone, complemented by flute from Max. …Ok, I was back with the group, and ready for the procession. Max fired up an evoking tune and we started walking anti clockwise along the line of stones. The sun was coming and going through the clouds, creating contrastingly lit scenes on the snow covered embankments. 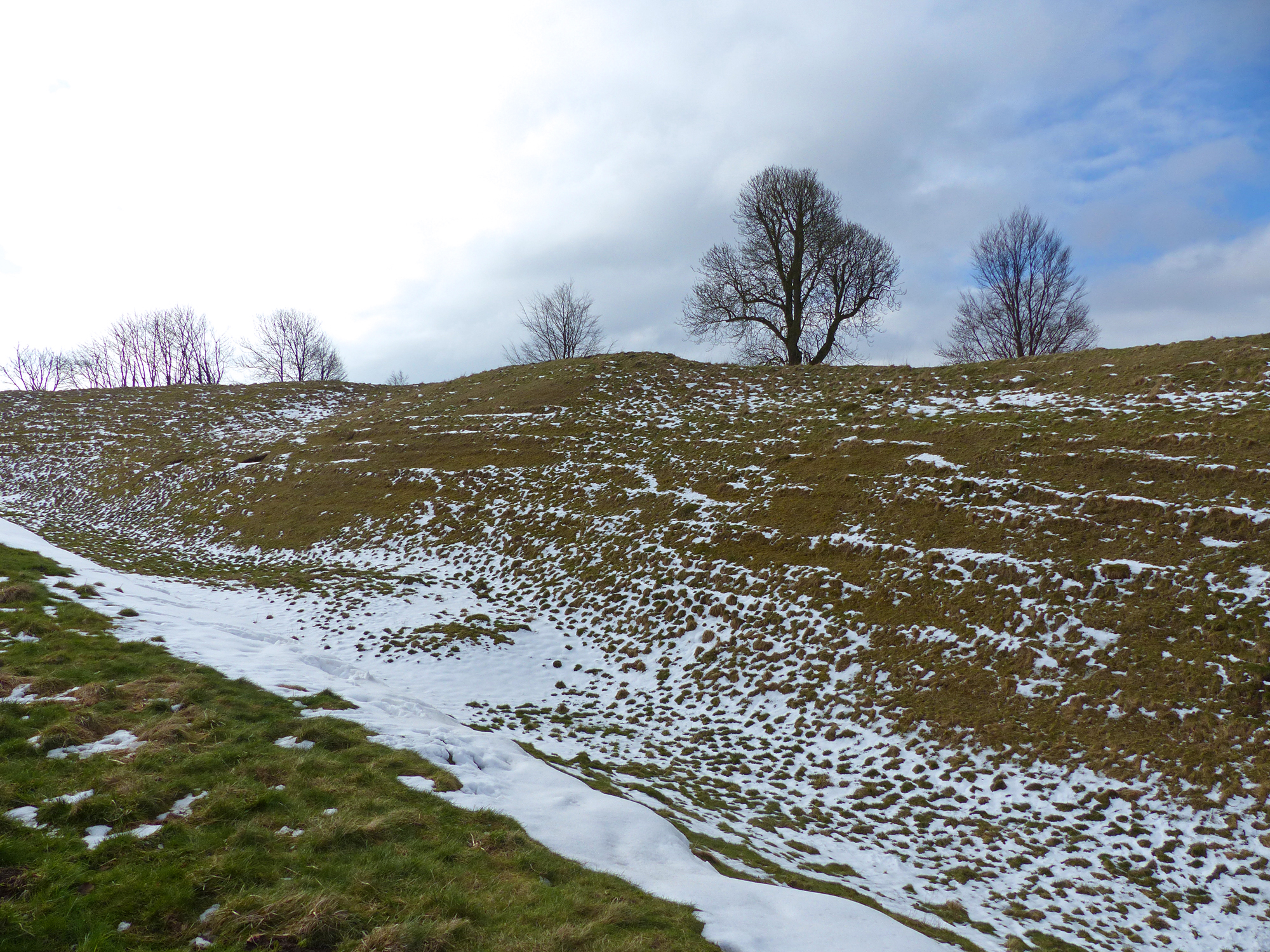 We continued journeying along, melodies flowing between the stones, we felt the atmosphere, we were a group, and we were smiling. Some of us stopped to touch the stones: to have a moment with them, to connect, to understand, to respect them. Others danced along, laughing and having fun as they went. This was a journey, part of a bigger life journey, a journey that we were all walking along together. 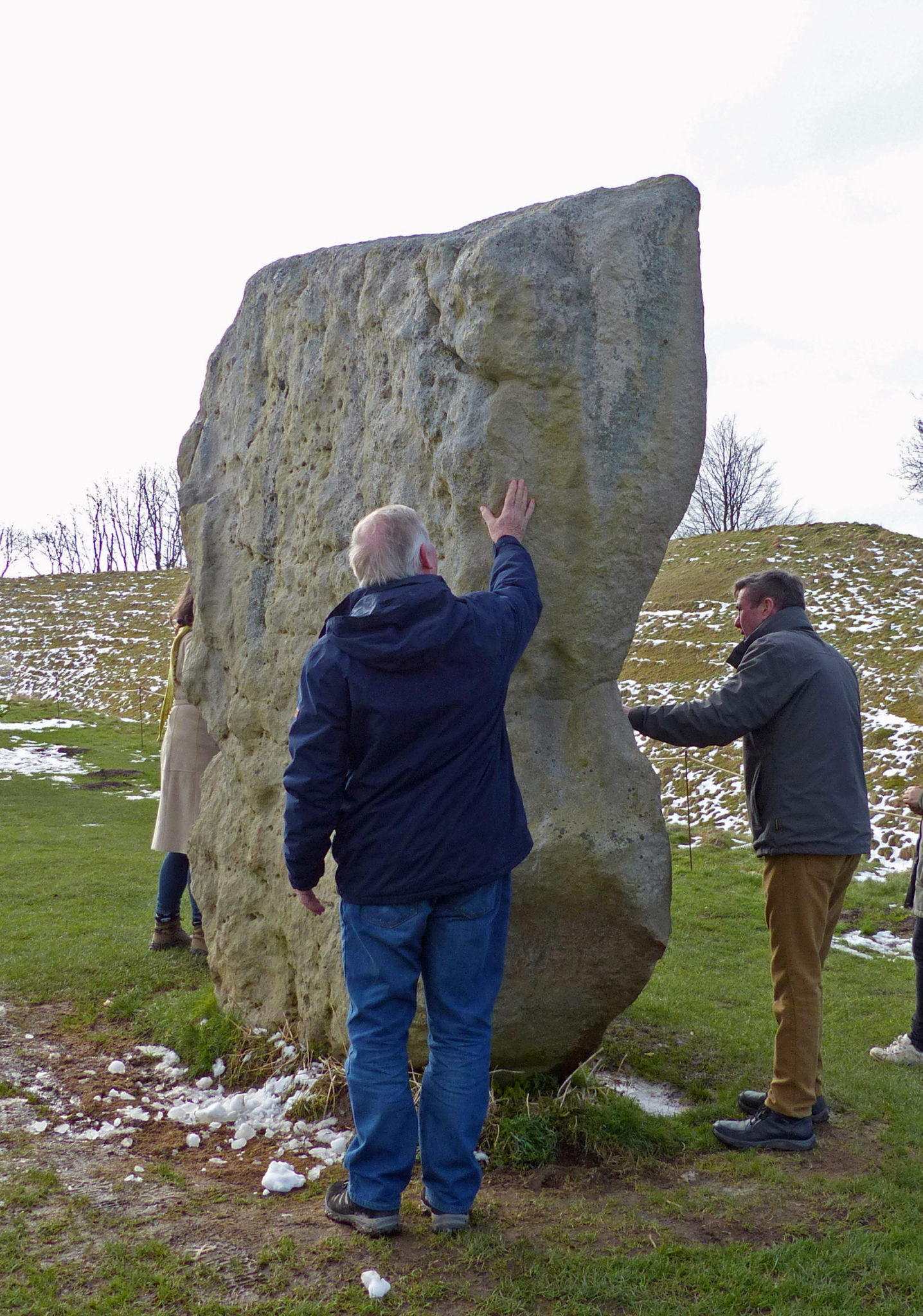 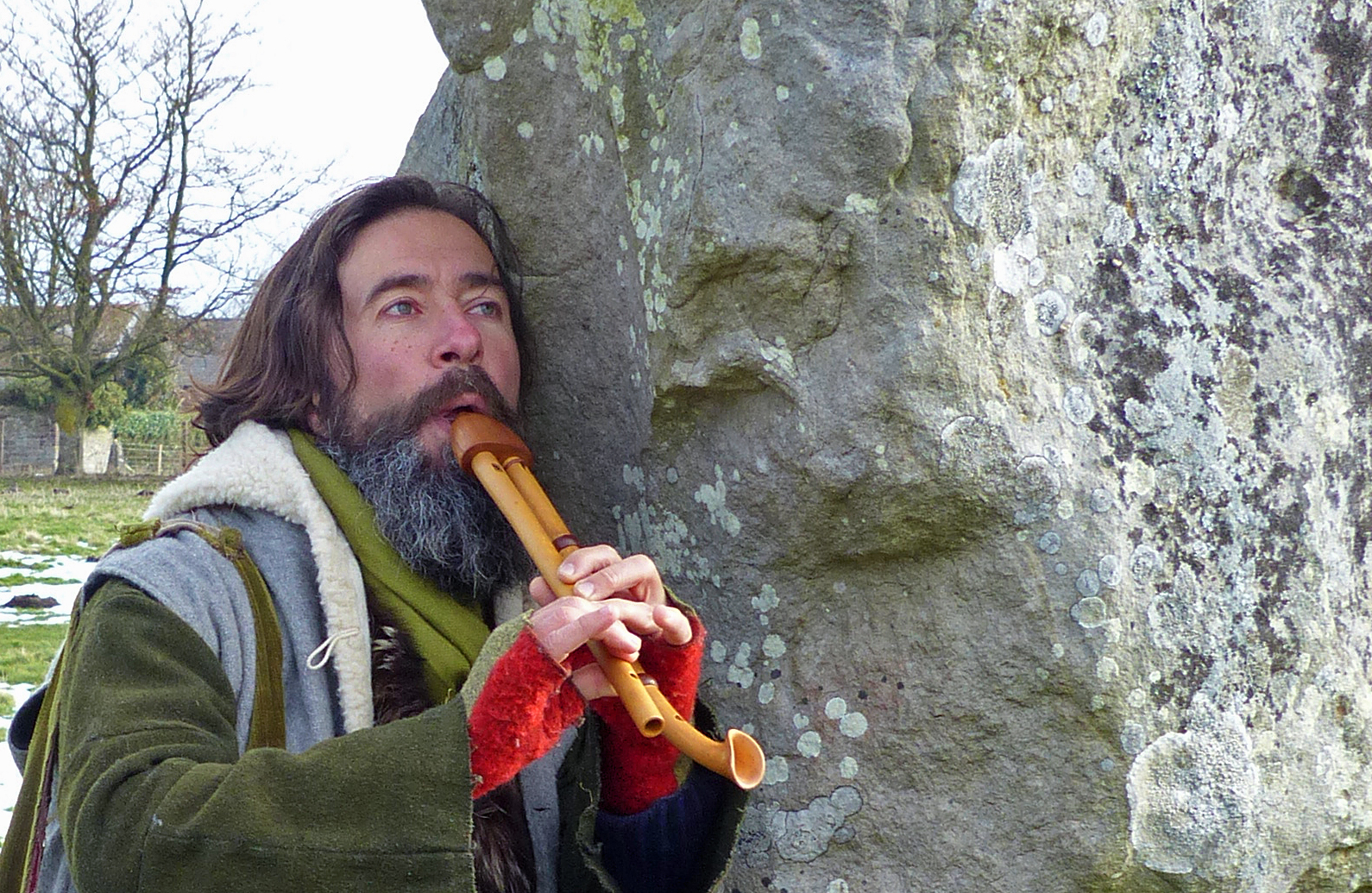 At the ‘barber stone’ we gathered to listen to Max play and Prof Darvill talk about the stone’s history. He mentioned change; that everything over time is always changing. The Stones act as anchors for us through these changes. We carried on the procession, up over the road to the SE sector where we were greeted by more impressive stones. We walked over to the ‘Ring Stones’ that form an inner circle in the southern half of the henge.  Within this inner circle was a square like feature of stones, called the ‘Z-stones’. These stones form a straight line within the circle. There was also a central stone, called the ‘obelisk’. For us, it acted as a marker, a beacon, and we all converged around it.

An evocative talk was given about more symbolic meanings of the henge. The possible way the stones represent a controlling of the inside, inner world, from the outside self-determining universe.  A kind of Inner manifestations of outer occurrences. 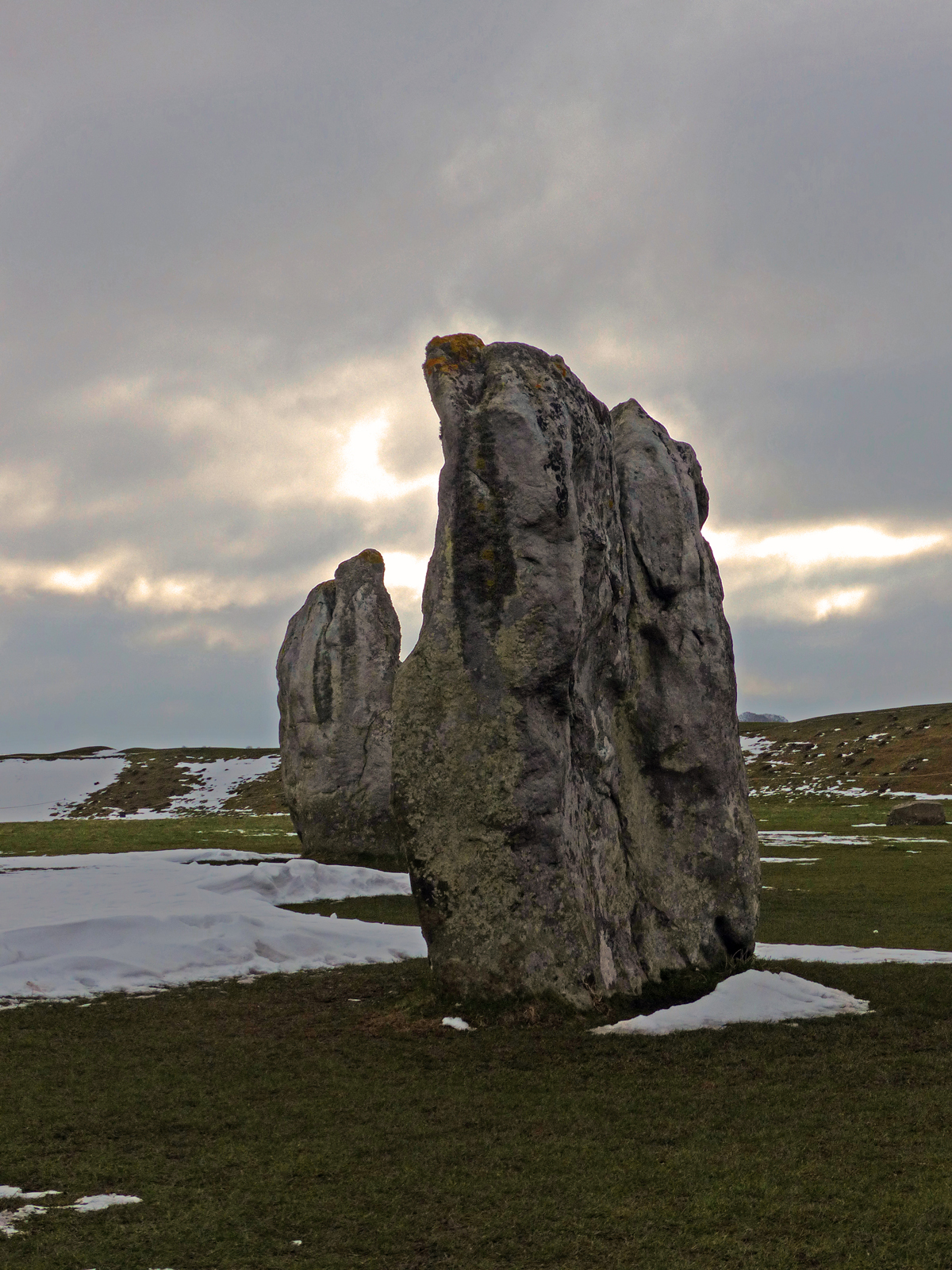 And now, gathered around the obelisk, the procession had reached its ceremonial destination. Music started to be played loudly and we danced around the stone holding a partner by the shoulders – forming a human chain. We circled, we let go, our inhibitions melting as we went. More dancing commenced and people were expressing themselves in their own way. We were having great fun, and for brief moments life was wonderful, and there wasn’t a care in the world. Even the cold couldn’t chill our mood! …it was an emotional peak of the Human Henge journey…It felt special. 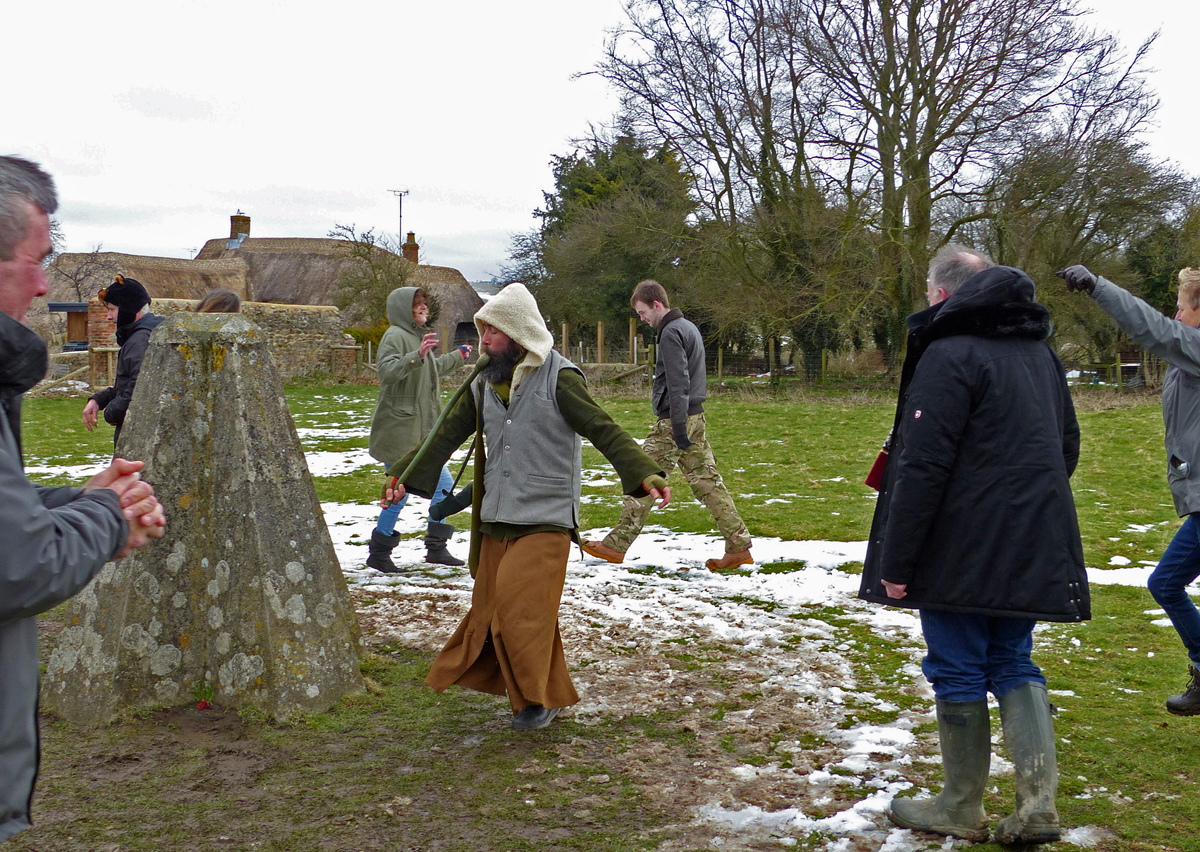 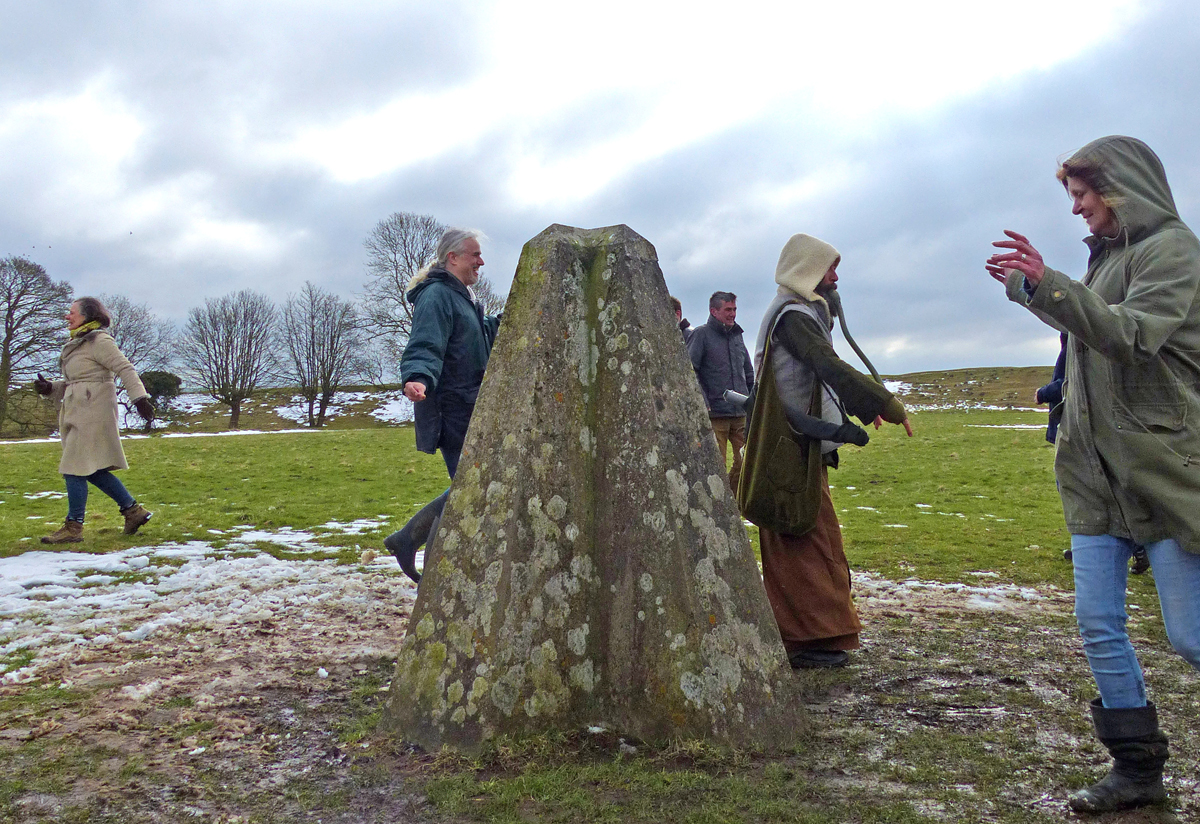 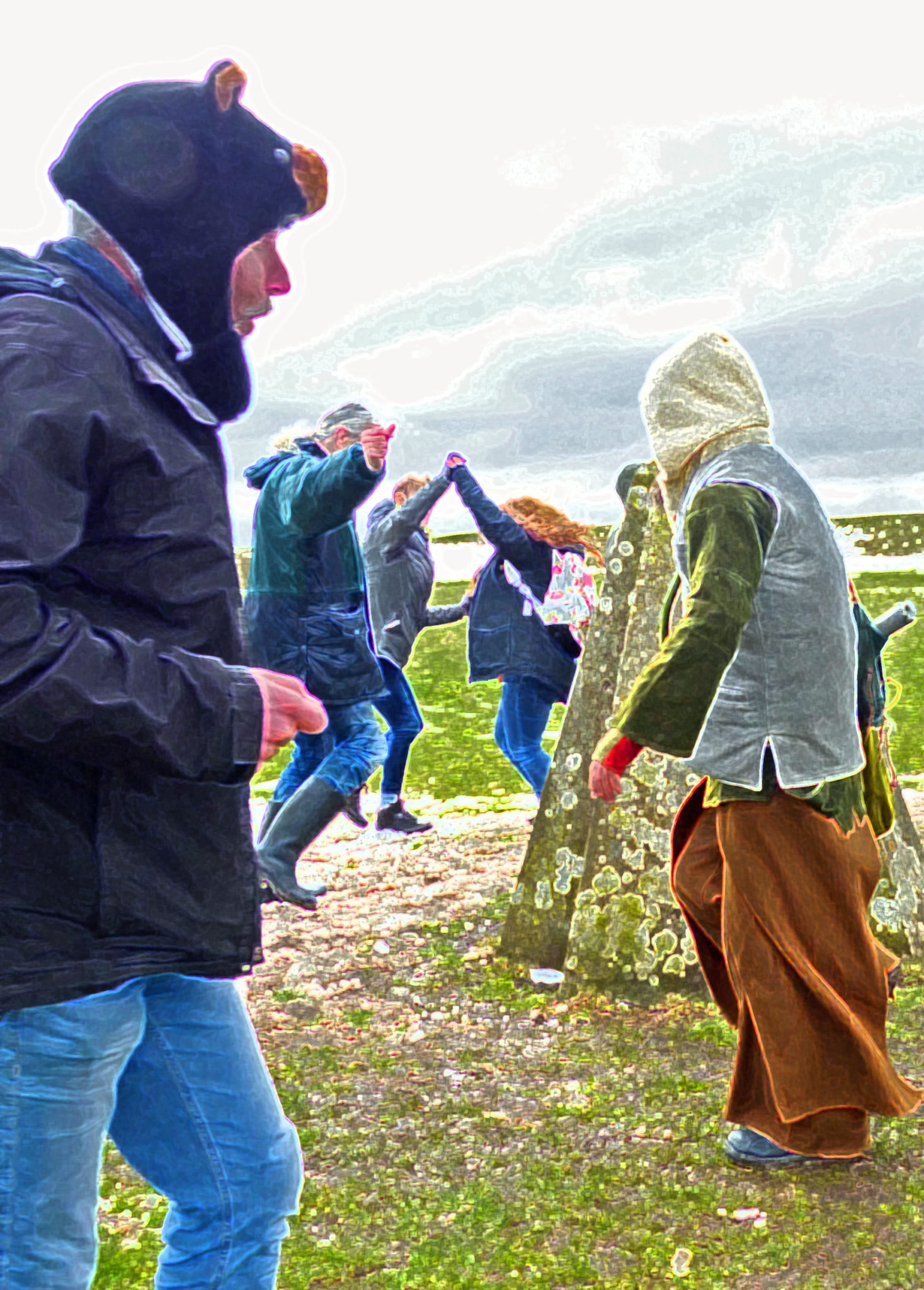 After the stone ceremony was over we decided to have fun over in the deeper snow. Some members created snow angels, whilst others transformed into their inner child and ran about and jumped in it. We eventually left the SE sector through a gate, but not before leaving our mark as we went. 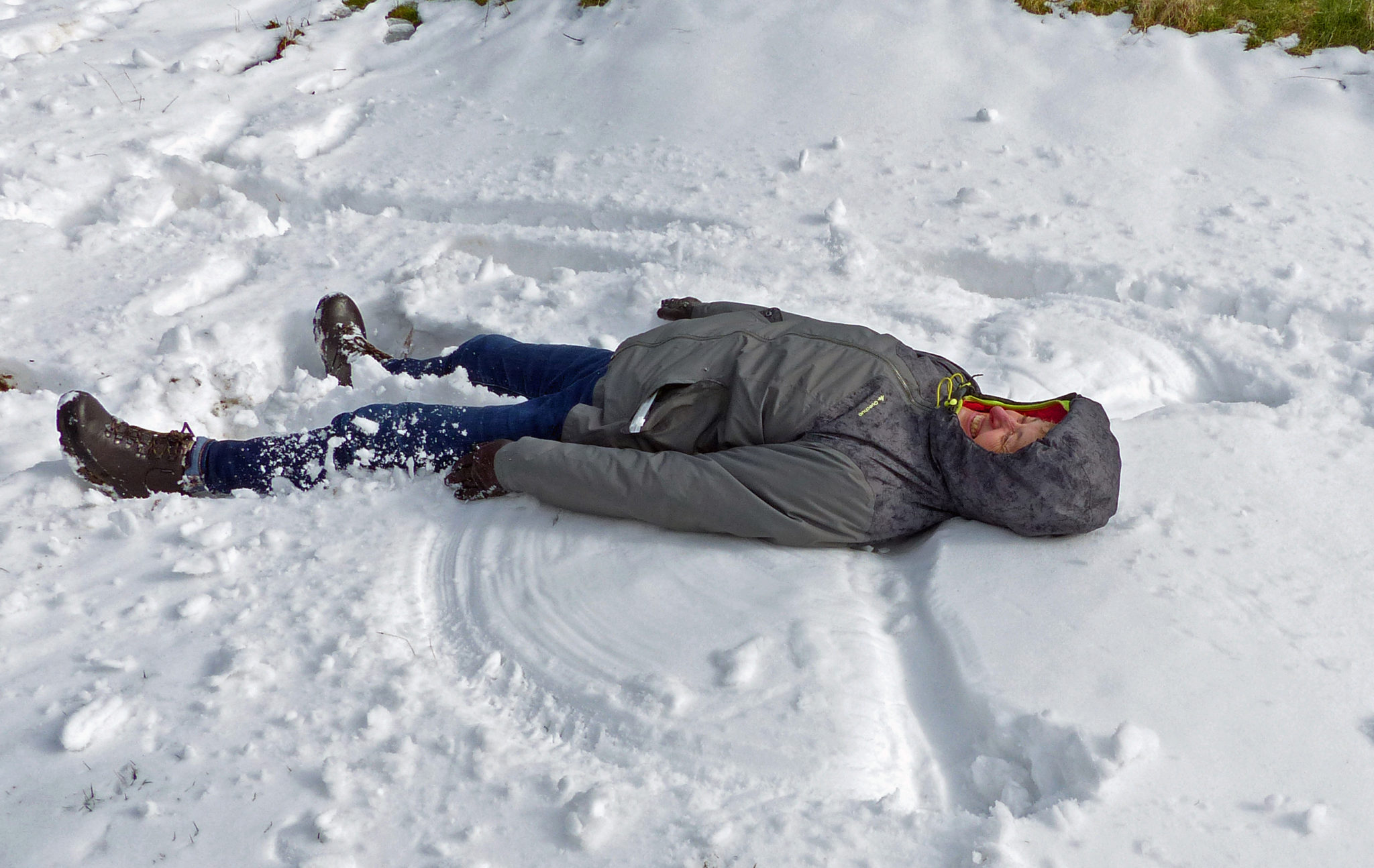 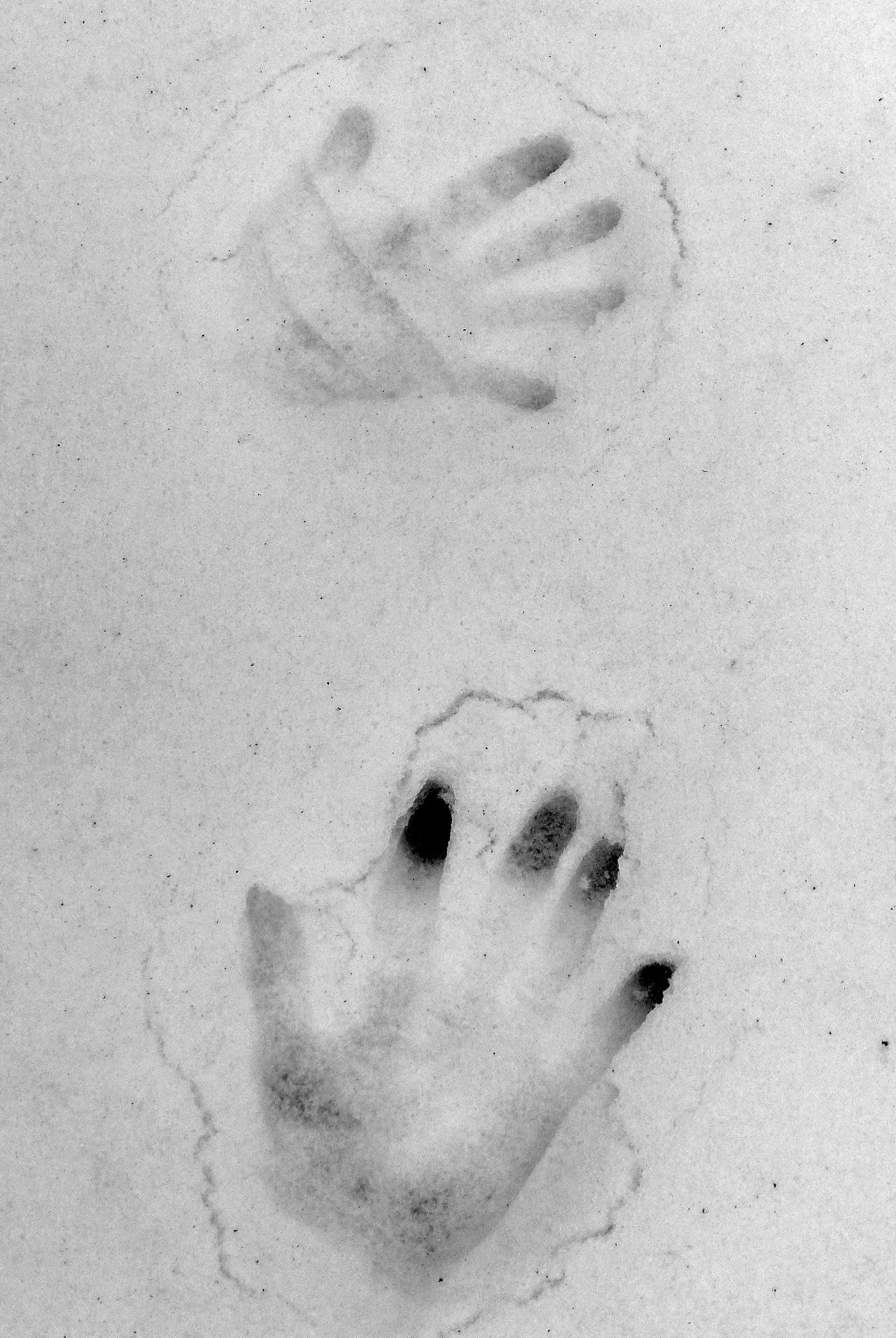 All around us, the wintery views were fantastic.  The snowy downs scape creating a sense of longing and awe. From here we returned towards the manor with a brief look at the NE sector and the remains of the northern inner circle, The Cove. We ended this part of the morning’s celebrations and strolled back through the village to the gallery room…some faster than others… follow that smell of bacon! Courtesy of Laura (and Greggs), we all had bacon and egg baps and warm drinks awaiting, which was most welcome indeed, after being outside in those cold, wintery conditions… 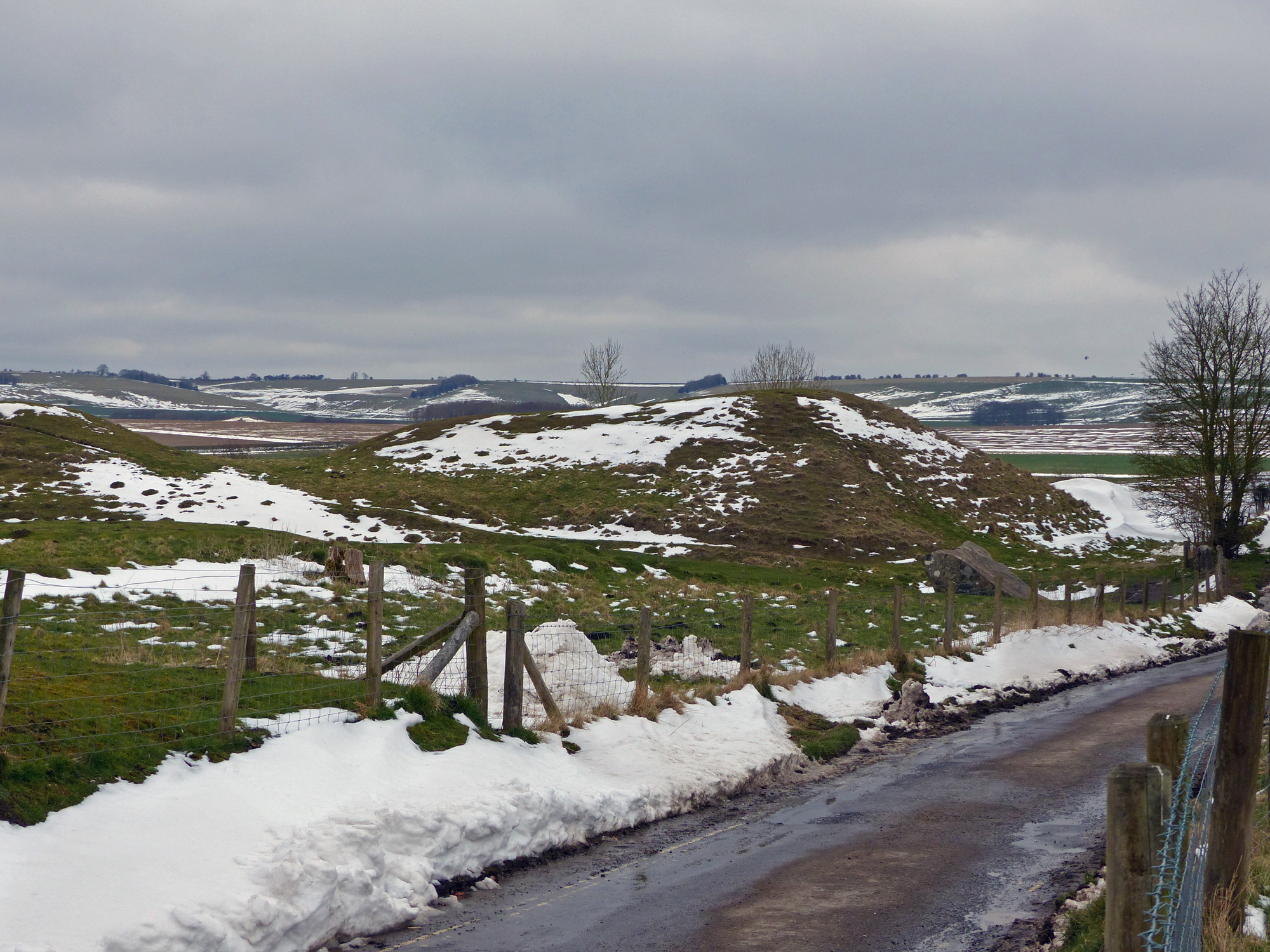 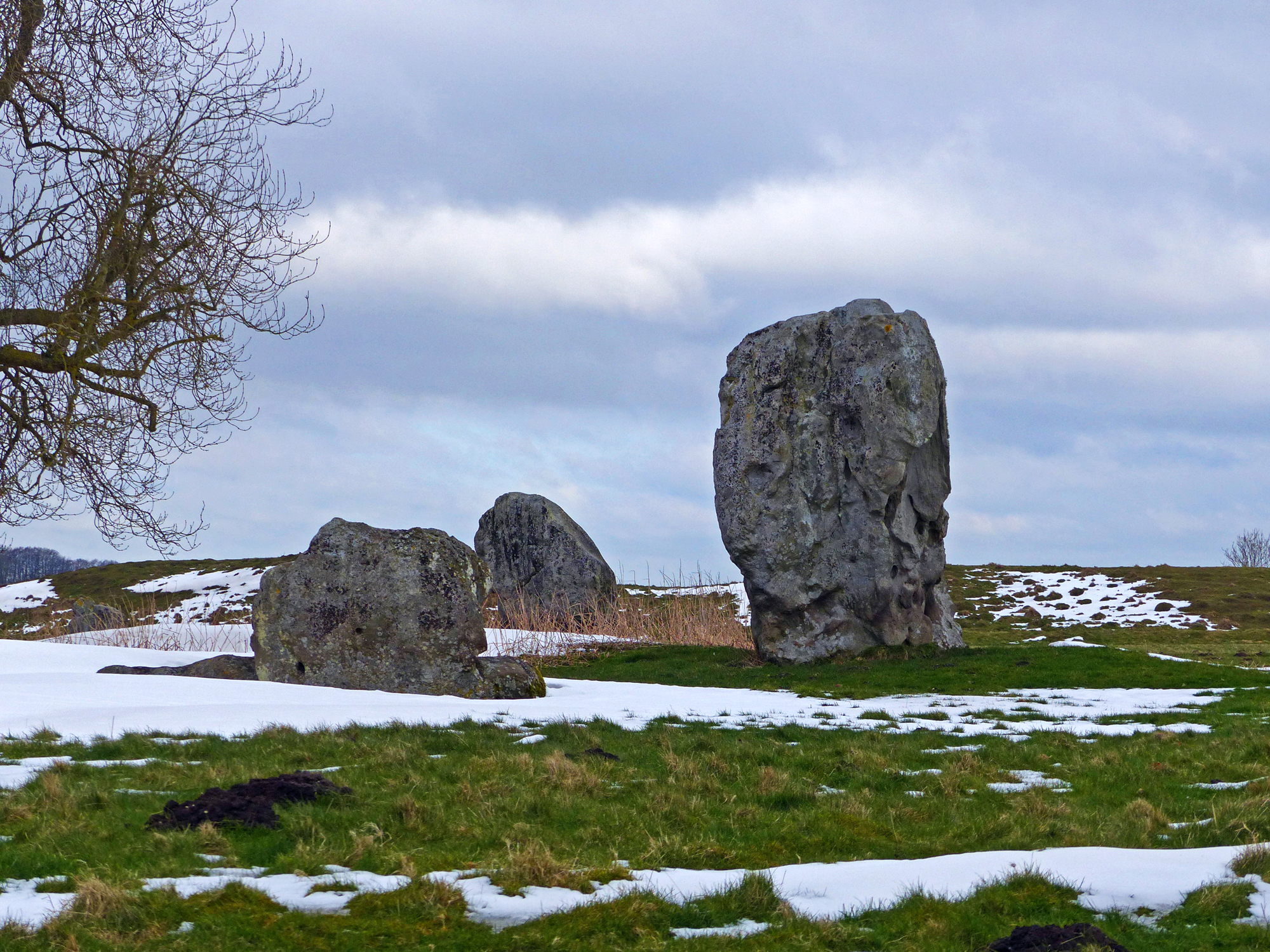